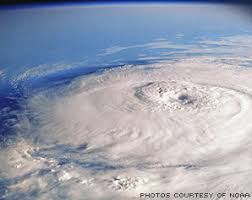 The Bush administration has blocked release of a report that suggests climate change is contributing to the frequency and strength of hurricanes, the journal Nature has reported. Scientists at the National Oceanic and Atmospheric Administration – part of the Commerce Department – in February set up a seven-member panel to prepare a consensus report on the views of agency scientists about hurricanes and climate change.

According to Nature, a draft of the statement said that warming may be having an effect. However, in May, when the report was expected to be released, panel chair Ants Leetmaa received an e-mail from a Commerce official saying the report needed to be made less technical and was not to be released.