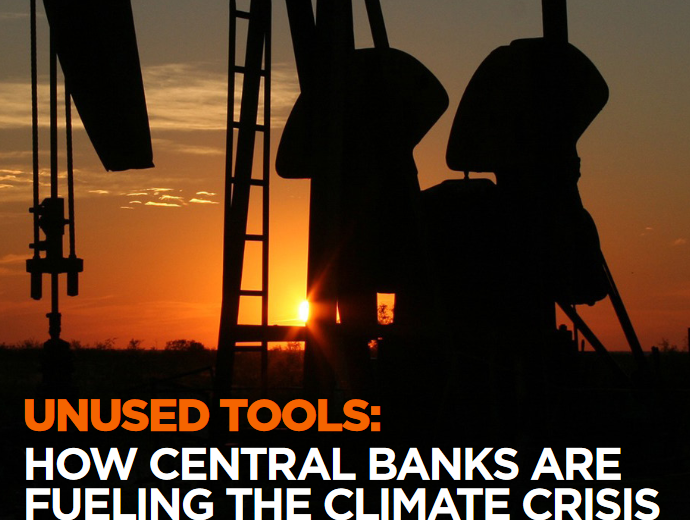 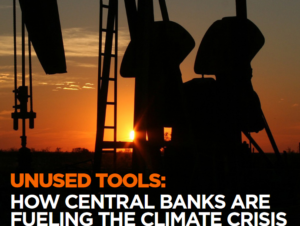 Due to our climate emergency, we are leaving an increasingly hostile climate to our children and grand-children.

Last week, UNICEF reported how one billion children are already at “extremely high risk” from the effects of our rapidly changing climate, such as heatwaves, floods, cyclones, disease, and drought.

Responding to this stark figure, climate activist, Greta Thunberg stated that the world “is still not treating the climate crisis like an emergency. We are still just talking and greenwashing things instead of taking real action.”

It is easy to see why a generation of young activists is still so angry with the elder generation. So much of the climate debate boils down to finance. It is a simple ask: stop funding climate chaos and invest in clean renewable energy.

Organization after organization is now calling for an end to exploration and production of fossil fuels. And that means stopping the finance of new fossil fuel projects.

The world’s energy watchdog, the International Energy Agency (IEA), long seen a laggard on this issue, has now acknowledged that to limit warming to 1.5 degrees Celsius (ºC) and avoid the worst of the climate crisis, we must cease all new investment in the expansion of oil, gas, and coal supply beyond that already committed now.

The world’s leading scientists, the IPCC, have also recently issued a “code red” for humanity and said that we must stop investing in fossil fuels.

But despite these warnings and continued record floods and wildfires, and now the new report from UNICEF, this is still not happening. Especially with key players in the climate crisis: central banks.

Central banks could play a critical role in catalyzing the rapid shift of financial flows away from oil, fossil gas, and coal, and toward the zero-carbon solutions required to confront the climate crisis. To date, however, this is still not happening.

A new report, published today by Oil Change International and other organisations, entitled “Unused Tools: How Central Banks Are Fueling the Climate Crisis”, reveals that twelve of the largest central banks around the globe continue to support climate chaos-causing fossil fuels through policy and direct finance.

Using a ten-point system to gauge how well central banks’ were responding to the climate crisis, the new analysis finds that not one of the twelve major central banks analyzed comes close to alignment with the Paris Agreement on any of the criteria. Not one bank.

The criteria focused on three aspects of central banks’ functions, including asset management, rules and support for commercial banks, and policy and research – so including both monetary policy and prudential regulation.

And the report found that between 2016 and 2020, central banks failed to prevent financial flows to fossil fuels on the order of USD 3.8 trillion.

Financial flows to exploration and development projects, which will allow fossil fuel production to grow in future – as well as to other aspects of fossil fuel producers’ businesses – have continued to increase.

To stop this, the report provides a series of recommendations to better align central banks’ activities with climate goals, including amending the mandates of central banks where necessary to give them the power to support the managed decline of fossil fuel production by facilitating an end to fossil fuel finance, in line with the Paris Agreement.

The time to act is now. “Central banks have access to powerful tools to confront the climate crisis, but they aren’t using them. Instead of using their power to cut off finance for fossil fuels, they are making themselves busy tinkering around the edges of the climate crisis,” said David Tong, Global Industry Campaign Manager at Oil Change International and an author of the report. “The climate crisis is too dire and too urgent for such critical institutions to be dawdling when they could be leading the finance sector in a new, climate-safe direction.”

He is not the only one concerned. Danisha Kazi, Senior Economist at UK organization Positive Money, added “There is a growing consensus amongst civil society that the world’s major central banks are failing to play their part in tackling the climate crisis. By propelling finance towards environmental destruction, they are placing both financial and planetary stability at risk.”

Kazi continued: “While central banks continue to shy away from their duty to the public, the most vulnerable, particularly communities in the Global South, will continue to bear the ever-intensifying brunt of their inaction.”

Kazi’s comments dovetail with those of UNICEF’s Executive Director, Henrietta Fore, who said last week: “Climate change is deeply inequitable. While no child is responsible for rising global temperatures, they will pay the highest costs. The children from countries least responsible will suffer most of all.”

It is time the central bankers stopped failing the next generation.

For a list of the banks, see the report here.