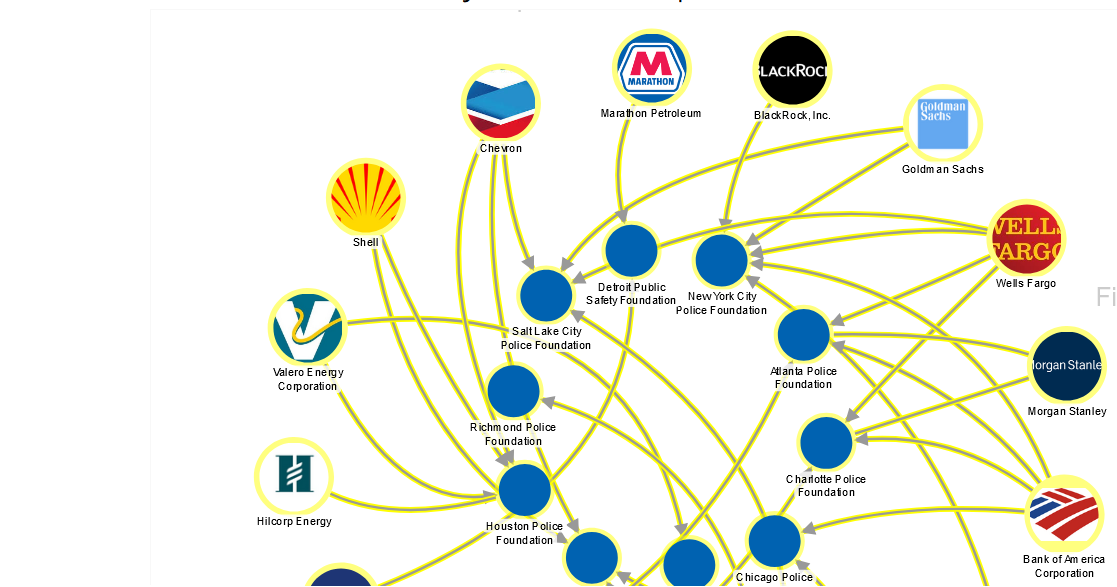 Twenty five years ago, the Nigerian writer and activist Ken Saro-Wiwa, was murdered by the Nigerian military along with eight other Ogoni.

Hung after a sham trial by the brutal military regime, critics contended that the reason the men were murdered was their campaign against Shell for polluting their land and for what Saro-Wiwa and others claimed was environmental racism.

The communities across the Niger Delta claimed that Shell was operating at different standards in Africa to those it would apply in the United States or in Europe.

Both before and after their death, evidence emerged that Shell was colluding and funding the military and brutal MPF, the Mobile Police Force. For months, Shell consistently denied paying the military or the police. Eventually, a year after the Ogoni Nine, as they were called, had been murdered, Shell conceded that it had paid the military. As the years since have unfolded into decades, the evidence of Shell’s collusion with the military has been systematically documented.

Shell, in its defense, argued that it was necessary to fund the police and military to protect its staff. Shell was not the only fossil fuel company that colluded with the military in the country. Chevron too, used armed force against peaceful protestors.

Now it appears — it is not only in Africa that the oil giants are funding and colluding with the police.

A disturbing — yet crucial — investigation by the Public Accountability Initiative (PAI) and its research database project LittleSis, has found that in the United States, Big Oil is funding the police. The investigation comes at a time when mass global protests are demanding exactly the opposite: In the wake of George Floyd’s murder at the hands of the police back in May this year, there have been widespread calls and protests to demilitarize and defund the police in the U.S.

This is not isolated. This is endemic. It is symbiotic. It is incestuous. It forms part of a political and financial web of influence by Big Oil to embed itself into national and local power structures.

“These corporate actors — from Chevron and Shell to Wells Fargo and JPMorgan Chase — can be found serving as directors and funders of police foundations nationwide. Furthermore, these companies sponsor events and galas that celebrate the police and remind the public that police power is backed up by corporate power,” reports PAI.

Shell is also a “Featured Partner” of the New Orleans Police & Justice Foundation and a sponsor of the Houston Police Department’s Mounted Patrol. They are not alone. Valero, Hilcorp, and Marathon all have links to the Police. Energy Transfer Partners, one of the key companies behind the highly controversial Dakota Access Pipeline, is also a listed sponsor of the Friends of the Dallas Police.

Wider energy companies are also embedded into the police. The Director of Corporate Affairs at Detroit Edison, an electric utility company headquartered in Detroit, Michigan, sits on the board of the Detroit Public Safety Foundation, the city’s police foundation. Georgia Power is a major supporter of the Atlanta Police Foundation and has one representative on its Board of Trustees and two representatives on its “Young Executives Board.”

There is a double injustice to this funding: “This symbiotic relationship between the fossil fuel industry and police often means that the companies that are polluting Black and Brown communities — like Marathon Petroleum in Detroit, Valero in Corpus Christi, or Shell in Louisiana —  are the same ones that are aligned with and propping up police forces in these same cities,” argues PAI.

The conclude their investigation by saying, “this is why divesting from fossil fuels and fighting to end environmental racism goes hand in hand with defunding the police in the fight for racial justice and reinvestment in Black and Brown communities.”

Derek Seidman, a LittleSis researcher and report co-author, told the Huff Post, “that the same oil and gas companies, utilities, and financiers that are polluting Black and brown communities in pursuit of profit are also funding and making alliances with the police. They’re allying and equipping the very apparatus that’s ensuring their uninterrupted profits.”

It is no wonder people are outraged at this double injustice. Carroll Muffett, the president of the Center for International Environmental Law, said to the Guardian: “This report sheds a harsh light on the ways police violence and systemic racism intersect with the climate crisis.”