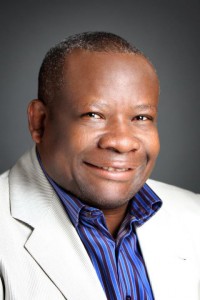 Nigeria lost one of its most iconic, out-spoken and passionate advocates for social and environmental justice last week with the cruelly early death of Oronto Douglas at the age of forty eight.

Many of us who had been involved in the campaign against Shell in Nigeria in the early nineties worked closely with Oronto, and got to treasure and value his passion for justice, infectious laugh, cheeky smile and boundless energy.

His death leaves a void that is difficult to fill for many who knew him, both in Nigeria and abroad.

Nnimmo Bassey, who set up ERA with him, before becoming the chair of FOE international, wrote last week that: “Oronto’s passing hit me in a deeply emotional manner that cannot be captured in words.”

He added that “Men like Oronto Douglas do not die. They may no longer be visible, but their ideas, passions and inspiration live on. He lived a truly unforgettable life”.

Oronto was one of the leaders of the anti-Shell campaign in Nigeria, fighting against Shell’s blatant double standards, constant pollution and endemic indifference to the plight of the local communities.

Although he was not as well known internationally as the Ogoni writer Ken Saro-Wiwa, who was murdered by the Nigerian military in 1995, Oronto has been pivotal to the struggle against Shell since the early nineties.

As myself, James Marriott and Lorne Stockman wrote in the book The Next Gulf, which was published a decade ago, “If Saro-Wiwa had been the elder statesman of the Delta protest movement, Douglas, who had been a junior counsel on Saro-Wiwa’s defence team at his trial, was one of the leaders of the next generation. He was committed to non-violence, with a long standing belief that social justice cannot be achieved without ecological justice too”.

I interviewed him a month after Chicoco had been formed. This morning I dusted off the old analogue tape of the interview and pressed play. It was both reassuring to hear his voice again, but deeply painful knowing that this would be the last time.

In the interview, I asked Oronto what living with Shell had been like for someone who was born in a village near Oloibiri, where Shell first found oil in the late fifties.

He continued, with his voice getting more animated and emotional: “We are being systematically wiped out by the multinationals corporations in Nigeria, principally Shell.”

He called on the oil giant to “directly redress the ecological war they have waged on our land for forty years”.

The following year Douglas was one of the leaders of the “Kaiama Declaration” which demanded an end to oil production and military operations in his homeland, Ijawland. It stated: “We are tired of gas flaring, oil spillages, blowouts and being labelled saboteurs and terrorists”.

As one of the organisers, Douglas knew he might be signing his own death warrant, and already feared for his safety.

In 2002, he founded the Community Defence Law Foundation (CDLF) in Port Harcourt, Rivers State, whose mission remains to “encourage, support, defend and sponsor the growth of intellectual and material capital with a view to democratize human happiness” by providing “formal and non-formal support to disadvantaged individuals and communities, defending their human and environmental rights so as to aid survival”.

A year later, Oronto co-authored what is seen by many the seminal book on oil in the region, Where Vultures Feast: Shell, Human Rights, and Oil in the Niger Delta, which was published in 2003.

The book was typically hard-hitting: “All available evidence suggests that Shell’s destruction of the Niger Delta is informed by a near-total disregard for the welfare of the local people.”

Two years later, Douglas surprised some by taking a position within the government of Bayelsa state, but he remained an outspoken advocate for the people of the Niger Delta.

In 2005, I interviewed him again for the book, The Next Gulf  and we talked about the politics of oil in the Delta. “We are talking about a resource that destroys the present and destroys the future. The sooner we consign it to the dustbin of the energy future, the better for all of us,” he said. As we pointed out in the book, these were powerful words from a government minister of a state which produced a significant proportion of Nigeria’s oil.

For nearly the last decade, Oronto was also an influential advisor to the Goodluck Jonathan, who went on to become Nigerian President. Jonathan recently lost the country’s general election, and accounts are that Oronto was, even in his failing health, a passionate architect of Nigeria’s first truly peaceful transition.

But Oronto had also been fighting stomach cancer for years. Many of us believed that the situation was under control, but cancer has a nasty habit of returning time and again.

A lingering question that will never be answered is did the oil industry that Oronto fought so hard against cause his untimely death? As one person pointed out last week, the “Niger Delta’s carcinogens consumed a very significant victim: Oronto Natei Douglas”.

To put this into context, when UNEP concluded its investigation into the impact of oil exploration in the Niger Delta, especially in Ogoniland, in 2011 they found some levels of cancer causing chemicals, “up to 900 times above World Health Organisation (WHO) standards”.

It has long been noted that the routine and chronic pollution caused by blow-outs, spills, and flaring has presented an unusually high cluster of cancers in the region.

He had added that “we would sincerely want a relationship that ensures that we live and not die. Our fight today is a fight for survival.”

Tragically, last week Oronto lost his own seven year fight for survival. There will be many who blame Shell and the other oil companies with their chronic pollution for his death.

Apparently the week before he died, after being told by doctors that they could do no more for him, Oronto said simply “I have nothing to regret.”

How many of us will say that on our death beds too?