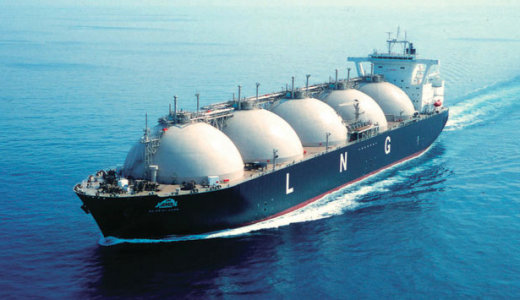 European oil majors’ climate commitments fall far short of Paris goals
A new report comparing the climate commitments made by Europe’s six largest oil and gas companies was released on Tuesday by the asset-owner led group the Transition Pathway Initiative (TPI). The report finds that none of the companies are aligned with the 1.5°C or well-below 2°C temperature limits enshrined in the Paris Agreement. Overall, the report highlights that companies’ commitments are too focused on “emissions intensity” metrics. Total, for example, is currently “successfully reducing intensity in line with its long-term trajectory whilst growing absolute emissions.” TPI is clear that a “genuine net-zero strategy” would require a 100 percent cut in absolute emissions.

BP CEO says we may have reached peak oil
Bernard Looney, CEO of BP, told the Financial Times that, in his view, the COVID-19 pandemic may have ushered in peak oil and weakened the investment case for oil, noting that renewable energy projects are “increasingly respected and admired by investors as being resilient and having a different risk profile.”

However, BP, which recently reported a 66 percent drop in first quarter earnings, has yet to lay out clear details on how it will fund and execute its “net-zero” emissions pledge. As analyzed previously, BP’s net-zero aims exclude a large portion of the company’s oil and gas production and sales and would likely depend on large-scale investment in technologies still unproven at scale.

LNG exports slow; project delays stall USD 50 billion in planned investment
The New York Times surveys the state of global LNG markets. More than USD 50 billion of investment into LNG export terminals will be delayed this year and next, according to industry executives. As prices have fallen and storage has filled up, many workers have been laid off and projects have been “delayed or canceled in Australia, Mozambique, Qatar, Mauritania, Senegal and the United States in recent weeks.”

Some experts are questioning the long-term competitiveness of gas, as the cost of competing renewables continues to fall. But “industry executives are hopeful that their business will bounce back,” underscoring the need for proactive government action to reject new permits and manage the industry’s decline.

Vaca Muerta: Is the ‘cash cow’ of Swiss traders now dead?
New reporting by SwissInfo examines the role of trading companies Mercuria and Trafigura, which have bases in Switzerland, in exporting oil from Argentina’s Vaca Muerta fracking project. As oil prices and demand collapse, the companies and the entire network of operators linked to Vaca Muerta are scaling back and the viability of the project is in doubt.

Hernan Scandizzo of Observatorio Petrolero Sur reports that, “Currently production is reduced to a minimum and most of the employees are unemployed,” adding that, “This is a situation that affects the entire population, while the benefits are reserved for a few. Furthermore, a country cannot bet on a development project over which it does not have sovereignty, since decisions and prices escape it.”

“During this pandemic it’s all the more urgent for California officials to enforce rules meant to protect our environment, health and safety from oil industry pollution,” responded Kassie Siegel, director of the Center for Biological Diversity’s Climate Law Institute.

SPOT THE DIFFERENCE: The International Energy Agency (IEA) is out in front with its rhetoric on the need for a clean energy recovery, but at the same time, the IEA is continuing to provide cover for Big Oil and Gas. Some of the things they say sound exactly like industry talking points, not the independent expert advice governments and investors need now. Don’t take our word for it, take this quiz! See if you can tell the IEA and Big Oil apart, and then share it on!

Ruling to vacate key permit for Keystone XL and other pipelines upheld by U.S. judge
On Monday, a federal judge upheld an April ruling finding that a key water crossing permit used by Keystone XL and other pipelines across the United States violates the Endangered Species Act. This effectively blocks construction along hundreds of water crossings along the pipeline route and reaffirms that the U.S. Army Corps of Engineers cannot use the same fast-tracked approval process for other oil and gas pipelines.

New report: Who Benefits? An investigation of foreign ownership in the oil sands
A new report, released by Stand.earth, Environmental Defence, and Équiterre, finds that more than 70 percent of Canadian oil sands production is owned by investors and shareholders outside of Canada.

New report: How Big Oil is cashing in on COVID
A report released on Tuesday by Friends of the Earth U.S. reviews over 130 U.S. lobbying filings from the first quarter of 2020, revealing how oil companies are using the COVID-19 crisis to lobby heavily for tax cuts, royalty relief, and stimulus aid.

READ: A Guardian report on the findings of the analysis can be found here.

Fossil Fuels Already Get Billions in Bailouts — They’re Called Subsidies
In Truthout, Jamie Henn unpacks the “extravagant government support” oil and gas companies have enjoyed for over a century. A 2019 working paper by the IMF estimates that the true cost of U.S. fossil fuel subsidies may be as much as USD 649 billion per year, or nearly 10 times the budget for the Department of Education. In spite of government support, the industry has not protected its workers. Between 2014 and 2016 oil and gas companies cut 195,000 US jobs, while executives continue to receive large bonuses. Whiting Petroleum Corp, one of the first corporate fracking casualties of the current crisis, made a payout of USD 6.4 million to its CEO, and a further USD 8.2 million in cash bonuses to senior executives, a few days before filing for bankruptcy.

How Shell backed Dutch ‘coordinator’ of climate denial
DeSmogUK just published an English-language version of an investigation exposing Shell’s role in funding and promoting prominent Dutch climate science denier Frits Böttcher during the 1990s. Part of the Shell Papers project, the piece describes Böttcher as a “self-styled ‘leader of the opposition’ against the Intergovernmental Panel on Climate Change” within the Netherlands. In addition to being Böttcher’s largest donor, Shell played a key role in instigating and promoting his work: Böttcher referred to Shell as the “godfather” of his “CO2-project.”

Debates in Europe over green recovery
As debates continue on what a green recovery would look like in Europe, and countries debate the EU’s next seven-year budget, there is division in Brussels over how environment and climate concerns should be approached. European climate and environment ministers have urged leaders to align recovery efforts with a Green Deal for Europe, but others fear that the economic downturn will lead to climate change being deprioritised on the European agenda.