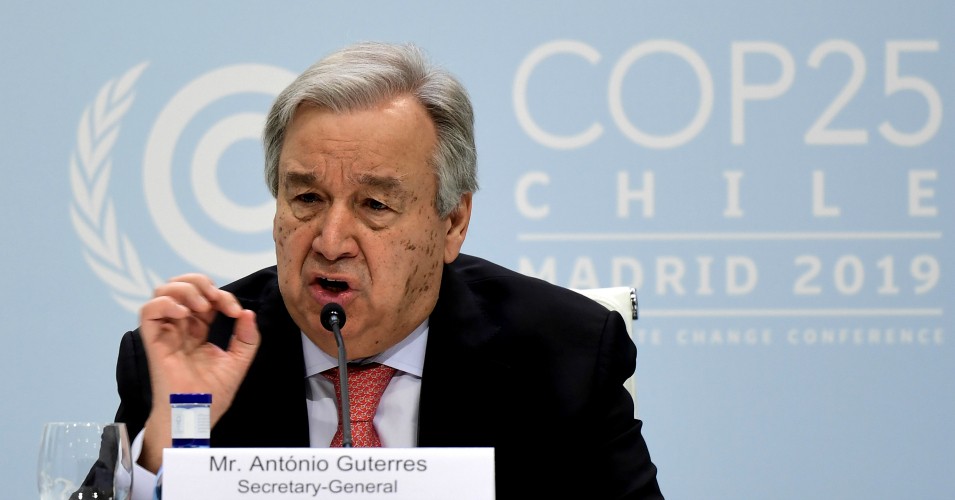 The marathon UN climate talks (COP 25) in Madrid have just wrapped up with little progress made towards the dramatic increase in ambition needed to meet the Paris Agreement emission reduction goals. The UN Secretary General, António Guterres, reflected on the outcomes of these record-long negotiations, “I am disappointed with the results of #COP25. The international community lost an important opportunity to show increased ambition on mitigation, adaptation, and finance to tackle the climate crisis. But we must not give up, and I will not give up. I am more determined than ever to work for 2020 to be the year in which all countries commit to do what science tells us is necessary to reach carbon neutrality in 2050 and a no more than 1.5 degree temperature rise.”

As usual, the fingerprints of the International Energy Agency (IEA) were everywhere at the UN negotiations. The IEA brought over 13 senior staff and participated in over 21 public events and even more meetings with politicians and other conference delegates. It’s hard to go to these climate talks and not see the impact of the IEA – for now, the world’s foremost authority on energy scenarios. Unfortunately, the roadmap the IEA is emphasizing remains one of far too little ambition in phasing out fossil fuels.

On December 10th, IEA Executive Director Fatih Birol headlined the plenary session for the Energy Day Ministerial. After walking the audience through the IEA’s World Energy Outlook analysis, he reminded attendees that, “energy decision makers need to make hard decisions… The aim is not to increase our egos but to decrease our energy emissions.” We couldn’t agree more.

It is time for the IEA to put egos aside and heed the science, the needs of its own members, and the growing calls from the financial community and the climate movement. It must create an energy scenario aligned with limiting warming to 1.5 degrees Celsius (°C) – the full ambition of the Paris Agreement.

The 2018 IPCC special report on the impacts of 1.5°C of global warming concluded that to limit warming to 1.5°C, the deadline for zeroing out carbon emissions is around 2050. As a result, many countries, such as Germany, the United Kingdom, and Canada, stepped up with pledges to have net-zero greenhouse gas emissions by 2050. Currently, two-thirds of IEA member governments have made a net-zero by 2050 commitment. Despite this crystal clear signal, the IEA refuses to model a credible energy scenario aligned with 1.5°C and this 2050. As it stands, the IEA’s climate scenario reaches net-zero emissions by 2070 – two decades too late.

The IEA continues to resist calls for increased ambition and instead has chained itself to a sinking vision of the world dominated by fossil fuels. Andrew Logan, senior director of oil and gas from Ceres, said recently, “The IEA is effectively creating its own reality. They project ever-increasing demand for fossil fuels, which in turn justifies greater investments in supply, making it harder for the energy system to change.” By aiming too low on ambition, the IEA is sabotaging climate progress and farcically promoting gas as a climate-friendly fossil fuel.

This astonishing disconnect is what we wanted to highlight at the UN climate talks. We met with country delegates, journalists, and civil society groups to shine a light on the IEA’s laggardship.

The IEA can no longer attend these global climate negotiations and expect that its analysis will be taken at face value. It can no longer be trusted as an energy guide if it blindly leads us to a calamitous future. Not surprisingly, there is growing skepticism of the usefulness of the IEA’s World Energy Outlook to inform a climate-safe future. Now is the time for the IEA, and Fatih Birol in particular, to put their ego aside and produce what IEA member countries, major financial organizations, and a growing segment of civil society is demanding. In the meantime, expect to see even more opposition at next year’s climate talks.