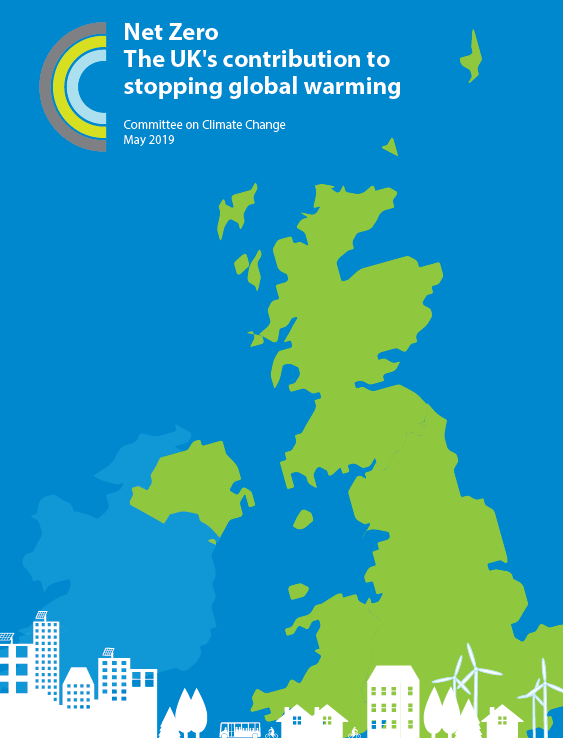 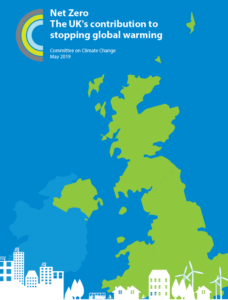 Today, the UK government’s official adviser updated its advice on the UK’s long-term climate target. The Committee on Climate Change recommended that the UK reduce its greenhouse gas emissions to net zero by 2050, and Scotland by 2045.

This was a powerful acknowledgment of the inadequacy of the previous target set in 2008 (for an 80% reduction), and it reiterated that the government is not moving fast enough.

However, the Committee ignored the elephant in the room: UK oil and gas extraction. Next week we will name that elephant in a major new report. Together with Platform and Friends of the Earth Scotland, Oil Change International will publish a report on climate change, jobs, and the path towards phasing out UK oil and gas extraction. Watch this space.

Across the UK, there’s an escalating sense of urgency on climate change, driven by protests by Extinction Rebellion and the school strikers. In the same week as the Committee on Climate Change report, the Scottish and Welsh governments and the UK parliament declared a state of climate emergency.

Faced with an emergency, governments should be expected to act immediately and boldly, using every available tool. The UK and Scottish governments suffer from a severe cognitive dissonance: Both governments accept the need for serious action on climate change and both aim to be seen as leaders on the issue. Yet at the same time, the policy of both governments is to enable extraction of the maximum possible volume of oil and gas.

Unfortunately, the Committee on Climate Change did not highlight this inconsistency. It should have been obvious. The Committee recognised that, “Considering both the UK’s relative wealth and large historical emissions … [it] would need to reach net-zero [greenhouse gas] emissions considerably before 2050.”

However, the Committee argued that an earlier target (reflecting the UK’s fair share of global effort) would not be credible. Part of its judgment of feasibility was based on “how long assets last, how quickly they can therefore be replaced.” This was an implicit acknowledgement that the UK has already built too much long-lived fossil fuel infrastructure for a faster transition to be possible. By encouraging oil companies to create new assets in oil and gas platforms and pipelines, the governments will deepen this problem, known as carbon lock-in.

Oil and gas physical assets last for decades: For example, a pipeline commonly operates for 40 or more years. With a net-zero deadline just 30 years away, it is clearly past time to stop building oil and gas infrastructure.

Meanwhile, ever-greater extraction will push down the price of oil and gas, helping them compete against clean alternatives. Since 2015, the UK government’s approach to renewables has largely been to allow them to compete freely and unsupported, even while the government has extensively supported oil and gas. This approach will not lead to a transition at anything like the needed pace.

On the other side of the North Sea, a study by Norwegian economists found that restricting oil and gas extraction could in fact be more efficient and effective than restricting consumption – it recommended that the balance of Norwegian climate efforts should be two-thirds on extraction and one-third on consumption.

Even in relation to oil and gas consumption, the Committee may further underestimate the needed pace of change, by relying on an alarmingly high level of negative emissions in the modelling, using the unproven and potentially harmful technology of Bioenergy with Carbon Capture and Storage (BECCS). The Committee projects 180 megatonnes a year of carbon dioxide captured from fossil fuel and bioenergy combustion, equivalent to around half of the UK’s current emissions.

There is plenty from the Committee on Climate Change that should be welcomed. It makes a clear call for rapidly accelerated action by government, as the UK is set to fall behind even on the pre-Paris 80% target. It rightly argues that the UK should move faster than other, especially poorer countries (although the 2050 and 2045 targets fall short of the UK and Scotland’s full fair share).

The new proposed UK and Scottish targets are roughly equivalent to those set by the leaders among other comparable European countries. In contrast to some of those, the Committee states that the target relates to actually reducing emissions within the UK, rather than claiming credit via emissions trading with other countries.

The Committee also recognises the importance of a Just Transition for the workers and communities dependent on fossil fuel consumption; we hope future work by the Committee will explore this further, and broaden the scope to workers engaged in extraction, as the transition away from fossil fuels ramps up.

It is an unhappy truth about climate change policy that an action can be both groundbreaking and insufficient at the same time. Unless the UK also addresses oil and gas extraction – and crucially, a Just Transition for the extraction workers affected, especially in Northeast Scotland – the response will fall short of reflecting the emergency we’re in.

Climate advocates often use a war mobilisation metaphor for the scale and pace of economic change that is needed: how countries converted their industrial production in a space of weeks. Ambitiously tackling domestic emissions while expanding oil and gas extraction is like putting the economy on a war footing while still selling weapons to the enemy.

You can read the evidence Oil Change International submitted to the Committee on Climate Change here.