LONDON – Through its energy forecasts, the International Energy Agency (IEA) has been guiding governments towards energy decisions that are inconsistent with the goals of the Paris Climate Agreement, new research has found.

The IEA’s “New Policy Scenario (NPS)” is commonly used as a roadmap for energy policies and investments, and sees increasing consumption of oil, gas and coal. A new report by Oil Change International and the Institute for Energy Economics and Financial Analysis (IEEFA) finds that:

“The IEA promotes a vision of the future where the world remains dependent on fossil fuels. As a basis for policy and investment decisions, this is in danger of becoming a self-fulfilling prophecy. All 30 of the IEA’s member countries have signed the Paris Agreement, so the IEA should be helping them achieve climate goals, not holding them back.”

Apart from its main NPS scenario, the IEA also provides a “Sustainable Development Scenario” (SDS) which aims to describe a pathway consistent with the Sustainable Development goals. The emissions pathways described in SDS are more ambitious than those in the NPS. But the report finds the SDS does not match the Paris Agreement goals of keeping warming well below 2°C and aiming for 1.5°C: 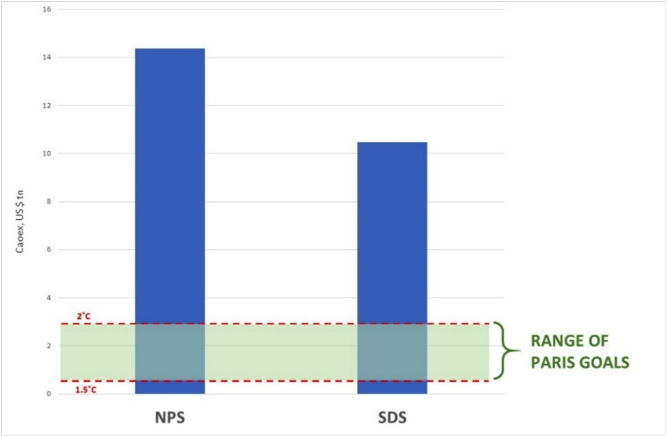 “We need to urgently redirect this capital into clean energy. Any other course of action will either lead to substantial stranded assets or levels of climate change that exceed the targets agreed by governments in Paris. To inform Paris compatible government decisions, this needs to be reflected in a scenario that is front and center in the IEA’s World Energy Outlook.”

In addition to issuing conservative forecasts on renewables there is also a question of which governments are cutting emissions over the next decades. The IEA is seeking to broaden its country constituency beyond OECD members, by inviting major Southern countries to become associate members. The report finds two conflicts of interest: