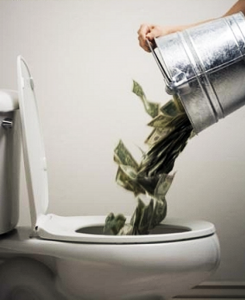 Hundreds of governments and thousands of stakeholders will meet at the Rio+20 Conference in Brazil this month to chart a future for the health of the planet, our human family and economies worldwide. The question is whether that future will include continuing public fossil fuel subsidies, which could climb to a staggering US$775 billion to an estimated US$1 trillion in 2012.

In the run up to the Rio summit and G20 meeting also this month in Mexico, Oil Change International and organizations worldwide are building momentum to eliminate fossil fuel subsidies as one of the necessary means of defining green economies and sustainable development. No economy can be green if it is built on and dependent upon dirty oil, gas and coal.

As we gear up for the high level meetings of both Rio+20 and the G20 group of nations, you can help make our global call to shift the subsidies even stronger. Here’s how:

Sign the Avaaz petition: Join the hundreds of thousands of citizens worldwide on a the global petition being organized by Avaaz to call on G20 member countries “to stop spending our money on oil, coal, and other fuels of climate destruction.”

Dig deeper into the issue: Review our factsheets and the NGO statement on fossil fuel subsidy removal has been signed by 76 civil society and non-governmental organizations worldwide and delivered to key negotiators of the G20 and Rio+20 processes.

Read the Equitable Green Economy Report, in which Oil Change International participated with a group of experts from the Global South, sponsored by the Danish 92 coalition of 22 Danish NGO’s working on environment and development issues. “Building an Equitable Green Economy” is an exploration of how the Green Economy could be defined and designed to overcome legitimate concerns and ensure that it is an equitable and robust means for achieving sustainable development, and not a distraction from it.

There is no time to waste to end fossil fuel subsidies by 2015 and shift resources to finance solutions to the climate crisis, achieve energy access for the millions of people in Africa and Asia who lack energy services, protect poor and vulnerable communities, and invest in clean, renewable, decentralized energy. We have the technology and the resources to protect the climate, and build a safer, cleaner, healthier energy future for all. To get there, we must shift fossil fuel subsidies now.