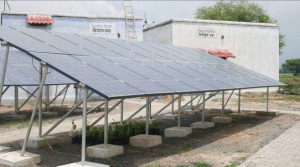 The World Bank Group, perhaps the best-known publicly-funded international development institution, is pitched in an important battle over the future of its energy lending. Unfortunately, if some Bank executives have their way, the new Energy Strategy will become a blueprint for straddling the world’s poorest nations and people with dangerous and polluting energy.

That’s because World Bank executives are arguing that the Bank should continue to provide low-interest loans to develop coal and other fossil fuels, which they say are the cheapest energy options. They argue that without these options, poor countries would not be able to afford to provide electricity for their rural populations living in darkness. But energy access for the poor does not have to rely on fossil fuels.

All told, 1.4 billion people mostly in Africa and Asia have no access to electricity. The Bank states that its objectives are to lift these populations from poverty by “increasing energy access and reliability” and “facilitating a shift to an environmentally sustainable energy sector.”

These are laudable goals, particularly given the billions without energy access and the specter of climate change and its dangerous consequences on health and the environment. These are goals that civil society organizations in rich and poor countries support. But they are not going to be achieved if Bank executives defend public lending for fossil fuels at the expense of investing in clean and renewable energy access for the world’s poorest people.

To argue that lending should continue for coal-fired power in the poorest nations because it’s cheap does not consider the costs and consequences of continued fossil fuel use. Coal-fired power plants, for example, are among the highest emitters of dangerous greenhouse gases, which are driving climate change. They are heavily polluting in other ways, as well. A recent Harvard Medical School study titled, Full cost accounting for the life cycle of coal,  found that “accounting for the damages conservatively doubles to triples the price of electricity from coal per kWh generated, making wind, solar, and other forms of non-fossil fuel power generation, along with investments in efficiency and electricity conservation methods, economically competitive.”

Also consider that more than 70 percent of the rural population in Asia and Africa depend on agriculture for their livelihoods, and fly ash from coal plants can completely destroy standing crops. One must ask, what is the use of generating electricity if poor people cannot afford to buy it and have no food to eat? Further, much of Asia and Africa are reeling under perennial drought-like conditions, and if the bulk of the limited and scarce and depleted groundwater is used for coal-fired plants, what is left for people to drink and to irrigate their lands?

Further, even without factoring in the full lifecycle costs, coal is often not the cheapest energy source to support increased energy access for the poor. In rural areas, where 85 percent of the people without electricity live, decentralized renewable energy, such as wind-solar hybrid systems, are often less expensive than the extension of grid lines from coal-fired power plants. The International Energy Agency says to achieve universal energy access by 2030, 70 percent of rural areas will rely on electricity from isolated off-grid and mini-grid technologies.

Even if coal plants were found to be the cheapest option—after factoring in all the hidden costs of pollution and health impacts—they don’t need subsidies from an international funding institution, such as the World Bank. And by directing funding away from dirty energy, the World Bank is not precluding national governments or private investors from making their own energy investment choices. What the Bank would be doing is encouraging, through its lending, the development of healthy, and sustainable energy options for the poorest nations.

Increasingly, developing countries are demanding sustainable energy alternatives in response to energy security imperatives and to avoid the gargantuan, but still unaccounted for, costs that their economies end up bearing because of dirty energy. As a publicly-funded development institution, the World Bank should embrace this period as one of immense opportunity to promote energy access and security through clean and renewable energy lending that will help create the financial conditions so that renewable, clean energy can actually compete. Why should developing countries in Africa, Asia and Latin America be forced to make the mistakes that richer countries have made in their addictions to fossil fuels and coal? They should not. Neither developing countries nor their people should be forced by World Bank executives to accept dirty energy subsidies.

And subsidies for the dirtiest technologies are essentially what some Bank executives are trying to protect. In FY2010, the World Bank funneled $13 billion in public funds in the form of low-interest loans, grants, credits and guarantees through its four lending institutions to subsidize energy projects and policies—and more than $6 billion of that funding went to fossil fuels. It is not the role of an international development institution to continue to subsidize dirty energy that will impair development goals.

Instead of holding the proposed Energy Sector Strategy of the World Bank hostage to demands to allow public lending for dirty energy technologies, World Bank executives have the opportunity to give the poorest nations and populations the right subsidies, those that will help pay for and achieve the healthiest and safest energy standards and bring clean, renewable energy access projects to the nations and people who need them the most. It’s time for the World Bank to approve an energy lending strategy that invests in the healthiest and cleanest energy for all people in the world.

Traci Romine works for Oil Change International, is based in Brasilia, and has lived and worked in Brazil for 16 years.