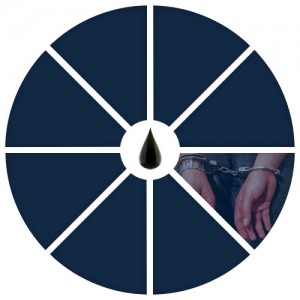 One would assume countries that are well endowed with oil, gas and mineral wealth would be economically well off. In fact, just the reverse seems to be true. In the mid 1990’s economists Jeffrey Sachs and Andrew Warner found a strong negative correlation between a country’s dependence on mineral exports – and oil in particular – and their gross domestic product (GDP). Further research by others also has found that these countries also suffer from high rates of poverty, malnutrition, child illiteracy, corruption, authoritarianism, civil war, and even indebtedness. Collectively, these observations are known as the resource curse.

After years of campaigning to end funding for extractive industries and to take concerns about climate change more seriously, the World Bank and other multilateral development banks have increased development financing for alternative energy sources. In a significant step forward, the World Bank, the European Investment Bank and the European Bank for Reconstruction and Development have all recently made commitments to limit financing for coal-fired power plants.

None of the multilateral development banks, however, have moved away from funding fossil fuels entirely. And one of the primary reasons consistently provided for continuing to fund fossil fuels is poverty alleviation. But it’s a funny thing – the vast majority of oil, gas and coal projects financed by multilateral development agencies simply do not support increased access to energy – they simply do not target the poor as project beneficiaries. A study by Oil Change International found that none of the World Bank Group’s $7.2 billion in fossil fuel finance in 2009 and 2010 directly targeted the poor, or ensured that energy benefits were reaching the poor.

There is a growing consensus that clean, decentralized renewable energy is often the most efficient means of providing energy services in areas currently lacking energy access. Unlike traditional fossil and nuclear-fueled grid networks, renewable energies can utilize micro-grids, reaching further afield and connecting rural areas more affordably than traditional grid networks. Increasing access to energy services for the world’s poorest and promoting clean sources of energy is a win-win scenario for development and the environment, and as means of providing energy without increasing the debt burdens of poor countries.