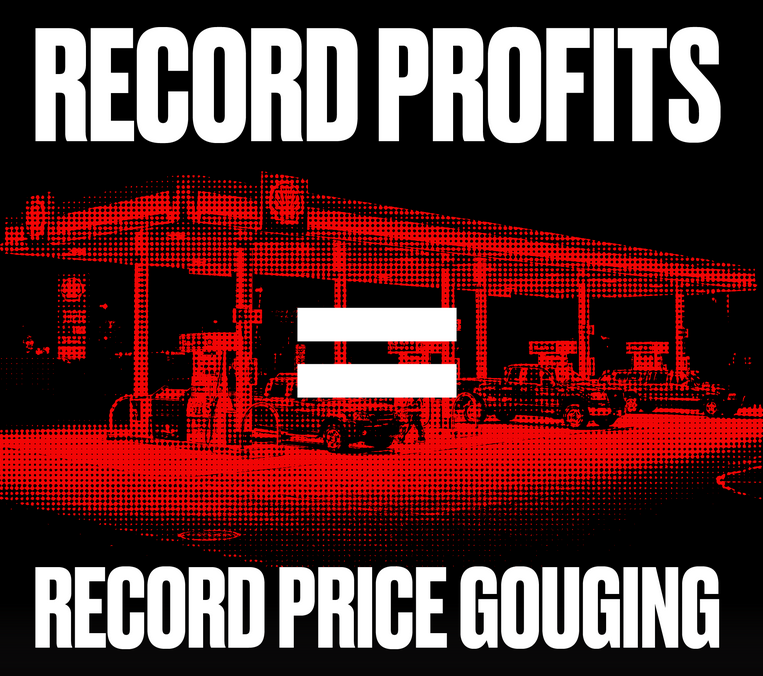 The amounts are obscene. They are mind-boggling. This is profit-making like you have never seen it before. It is also profiteering from war and price gouging at our expense. Big Oil is making billions of the misery of millions.

We should call it out for what it is. This is blood money. This is crude capitalism at its worse.

Put another way, the company made a staggering USD $2,245.62 every second of every day of the 92-day long quarter as gas prices rocketed on the back of war in Ukraine. This was a whopping 273 percent increase from the year before.

If it takes the average driver about two minutes fill their car up, Exxon and Chevron’s profits equate to USD 400,000 in the time it took you to fill your tank. At the same time as they were making record profits, you were paying record prices. Other comparisons are stark too, as Robert Reich pointed out on Twitter:

It is worth remembering that Exxon and Chrevon’s results came the day after Shell posted USD 11.5 billion second quarter profits.

As the Financial Times noted: “The five western oil supermajors — Exxon, Chevron, Shell, BP and TotalEnergies — are together on track to generate well over $50bn in profits in the three months to the end of June.”

These profits are made at the expense of ordinary working men and women. Tens of millions of people are suffering from a cost of living crisis with inflation roaring fueled by the war in Ukraine.

In both the U.S. and U.K., there is an unprecedented demand for food banks as people go hungry. One in six adults in the U.S. are now reliant on food banks. And one survey earlier this year reported that black and Hispanic/Latinx adults were almost three times more likely than white adults to report accessing charitable food.

In the U.K., meanwhile, over one in eight people say their family budgets are so stretched already that they will not be able to cope with further energy bill hikes, which will come into effect in the Autumn.

And not only are the companies making obscene amounts of money, but they are not even investing these profits in renewables.

Last week, I pointed out that Shell was implementing a multi-billion buy back of shares, rather than doubling up its renewables investment. ExxonKnew points out “Exxon’s $17.9 billion in profits for just three months in 2022 are more than all the low-carbon investments the company has pledged to make through 2027, combined.”

It is hardly surprising therefore that there are increasing calls for a windfall tax on Big Oil from U.S politicians:

While you were feeling pain at the pump, Shell, Exxon, and Chevron raked in $46 BILLION in profits over the last three months and said they would spend up to $47 billion on stock buybacks after spending $18.8 billion so far this year. Yes, it’s time for a windfall profits tax.

Corporate profits are at a 70-year high while millions across the US are struggling with basic costs of living, from gas to groceries.

AND you most likely paid a higher income tax than they did last year.

We must make the wealthy pay their fair share. https://t.co/O44xga9nNR