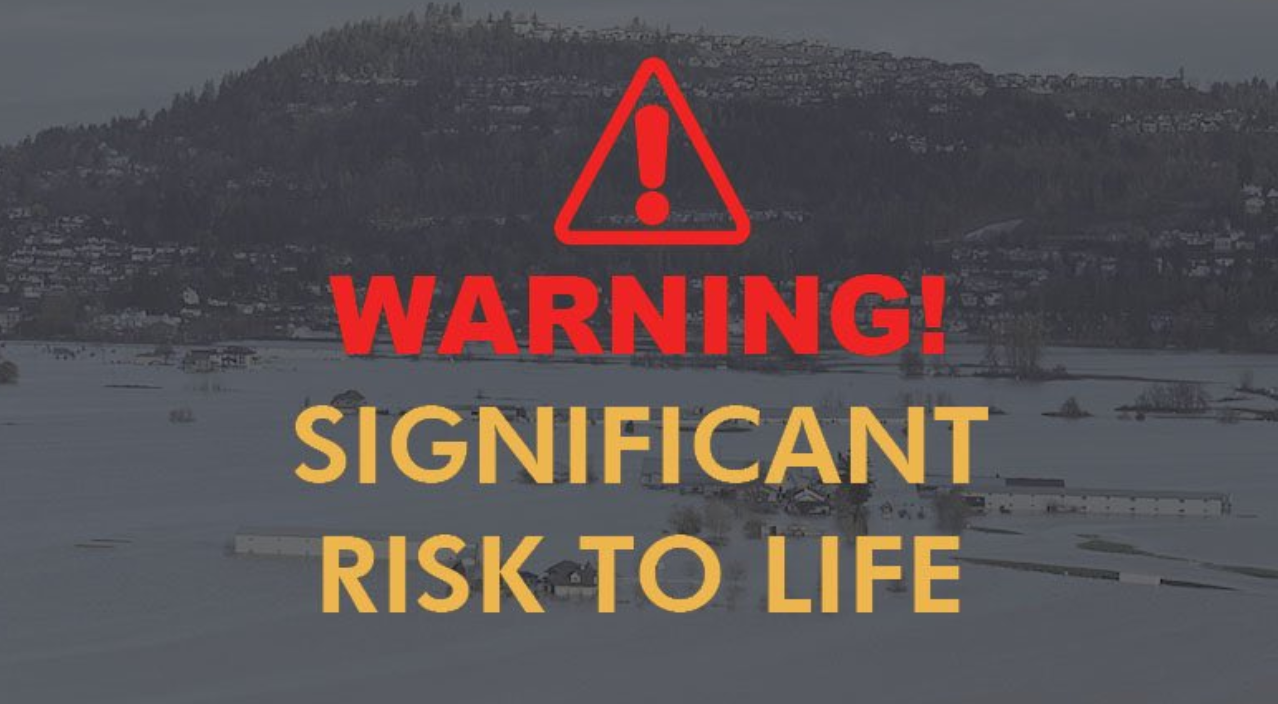 Just mere days after the ending of the landmark climate talks in Glasgow, where U.S. President Joe Biden promised to lead the world on climate action, the Biden administration has offered the largest ever auction of Gulf of Mexico offshore drilling rights.

The auction was held the same day as the British Columbian Government declared a state of emergency after catastrophic flooding hit the region around Vancouver, with apocalyptic images appearing in the media.

And unknown number of people have died, with the Vancouver region essentially cut off, as key road land rail inks have been washed away by the flooding, mudslides, and rockslides. The dramatic events were caused intense rainfall which has seen some regions receive 10 inches of rain in twenty four hours.

I’m staring at this numbers and it’s just as jarring for me personally as the heat dome temperatures in June. #BCFlood #BCstorm pic.twitter.com/xUeeNO3xeC

Authorities have warned of “potential fatal consequences” for residents due to the collapsed infrastructure. The destruction was horrific:

Such is the scale of the devastation that the Canadian armed forces have been sent to the region to help.

Our long term colleague, Tzeporah Berman, who had just returned home from the COP, tweeted:

Canadians are witnessing devastation on an unimaginable scale.

But as the suffering continues, it’s business as usual for Biden. Indeed, as thousands of residents in the area remain stranded, or have been forced from their homes, Big Oil companies including Shell, BP, Chevron, and ExxonMobil offered nearly USD $200 million for drilling rights on federal oil and gas reserves in the Gulf of Mexico.

It was the first oil and gas auction under Biden — and it fundamentally undermines the President’s claim to be a climate leader.

The auction invited companies to bid on leases across 136,000 square miles (352,000 square kilometers), which equates to twice the area of Florida. The region holds an estimated one billion barrels of oil and trillions of cubic feet of gas.

The auction area will take years to develop and essentially locks in years, if not decades, of carbon emissions, beyond any 2030 deadline.

Understandably, civil society and scientists were outraged. “The Biden administration is lighting the fuse on a massive carbon bomb in the Gulf of Mexico. It’s hard to imagine a more dangerous, hypocritical action in the aftermath of the climate summit,” said Kristen Monsell, Oceans Legal Director at the Center for Biological Diversity.

Monsell added: “This will inevitably lead to more catastrophic oil spills, more toxic climate pollution, and more suffering for communities and wildlife along the Gulf Coast. Biden has the authority to stop this, but instead he’s casting his lot in with the fossil fuel industry and worsening the climate emergency.”

“This morning was met with extreme disappointment, depleted hope, and shattered trust,” Hallie Templeton, added the Legal Director at the environmental nonprofit Friends of the Earth. “We are left aghast that the administration has ignored its clear authority to defer the sale and our final hope lies with the federal court to remedy these violations.”

Jeremy Nichols of WildEarth Guardians, an environmental group also told the Guardian: “It truly calls into question whether the Biden administration’s climate agenda is nothing but broken promises.”

The move comes just days after world leaders promised to reduce carbon emissions and after both the UN and IEA said we could not drill for more oil — if we want to keep to any chance to 1.5 degrees warming.

As already stated, it also comes as British Columbian is hit by devastating floods, just months after the region suffered a record breaking heat-waves. The floods and fires are evidence of our climate emergency. They will leave a huge swath of British Columbian traumatized, and it could be years before all the roads are rebuilt and damaged buildings restored.

“It’s so important to point out the role that climate change plays in these kinds of events,” said University of British Columbia climate scientist Simon Donner told the Globe and Mail.

Someone should tell Joe Biden to look at the devastation across the border and still say he is a climate leader.