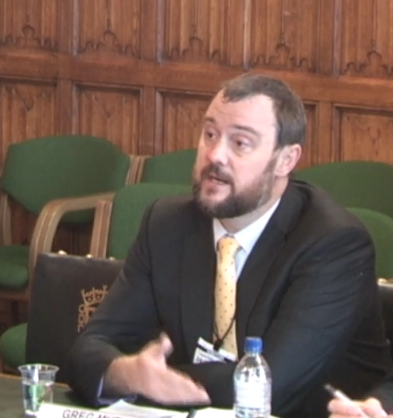 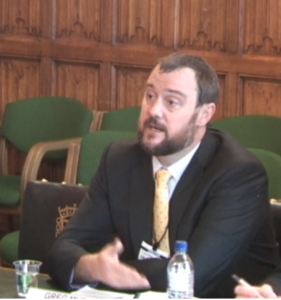 Today Oil Change International gave evidence to the UK parliament’s Environmental Audit Committee, to contribute to its inquiry into the use of UK Export Finance (UKEF) to support fossil fuel exports and investments.

We presented our research, finding that emissions over the lifetime of currently producing oilfields, gasfields and coal mines – the developed reserves where infrastructure has already been built and capital invested – would take the world well above 1.5 C of warming, and exhaust the carbon budget for 2 C. Developing new fields and mines is therefore inconsistent with the Paris Goals: all investments in new energy projects must be in clean energy.

One of the Paris Agreement’s three main objectives, in Article 2.1(c), is “[m]aking finance flows consistent with a pathway towards low greenhouse gas emissions and climate-resilient development.” We argued that new fossil investments will lock in emissions, because scarce public finance should be used strategically to advance climate goals, and because public finance tends to set the direction for other investors to follow. For these reasons, all public finance for fossil fuels must ultimately be phased out. The UK has an opportunity to demonstrate that it’s serious about climate leadership by stopping financing for oil and gas as well as coal; it would signal to peers that it’s time to follow suit.

UKEF is the UK’s export credit agency, which plays a key role in enabling UK exports and de-risking investments. Yet according to numbers from UKEF itself, over the last few five full financial years, 99.96 per cent of UKEF’s support for energy exports to low- and middle-income countries was for fossil fuels: GBP 2.361 out of 2.362 billion.

For example, UKEF has provided hundreds of millions of dollars of support in recent years to Petrobras, Brazil’s state-owned oil company. In 2018, Petrobras agreed to pay nearly USD 3 billion to settle a shareholder lawsuit in the United States related to corrupt practices. Meanwhile, exploitation of Brazil’s vast pre-salt oil reserves could be disastrous from a climate perspective. UKEF is reportedly considering substantial support for a shale megaproject in Argentina’s Vaca Muerta region that threatens to undermine global climate action. In this region, the rights of indigenous Mapuche communities have been routinely violated, yet development continues despite the fact that fifty local municipalities and one province have passed local regulation against fracking.

Our Research Director Greg Muttitt participated in the Committee’s oral evidence session today. You can watch his testimony here:

Oil Change International submitted written evidence to the inquiry, which you can read here.