Last week, at the largest annual U.S. gathering of climate scientists, I presented OCI’s research showing why meeting global climate goals requires stopping the expansion of oil, gas, and coal extraction.1 Here’s a disturbing truth: At this massive scientific meeting, I was part of the only panel devoted to the urgent need to wind down fossil fuel production.

This lack of focus on fossil fuels is a form of denialism. We can’t solve humanity’s largest crisis without tackling its primary cause and the biggest barrier to solutions: the fossil fuel industry.

This is the role of OCI’s research. We don’t tinker at the edges of the climate crisis. We focus on building the data-driven case and the political will required to draw down the fossil fuel industry in a way that is fast enough for the climate and fair for workers and communities. Because that’s the only path out of this mess.

In 2018, our small research team put out 15 new reports and briefing papers, ranging from a deep dive exposing how the world’s foremost energy agency is steering governments and investors towards climate disaster to a 40-page roadmap showing how California can lead the world in phasing out oil extraction. 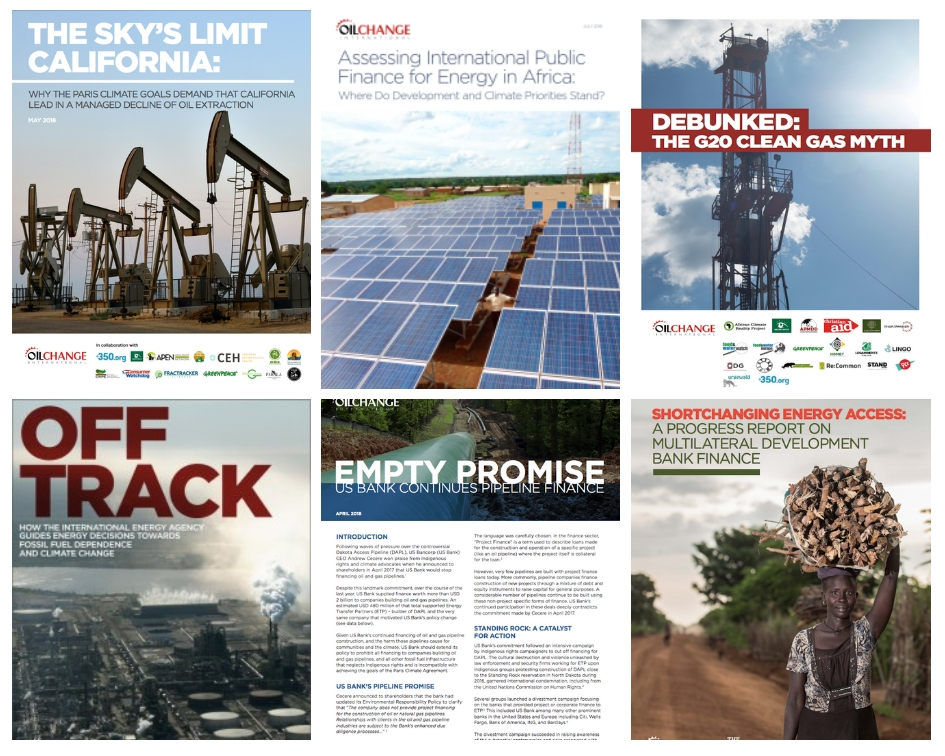 Here are a few examples of how our research is helping take the fight to the fossil fuel industry:2

We’ve got a powerful lineup of new analysis in the works for 2019. In January, we’ll be releasing a major report detailing how the current spree of U.S. oil and gas drilling is wildly out of line with climate limits. We’ll be working with allies to use this report to push for real climate leadership at all levels, including building the case for a Green New Deal.

Your support makes it possible for our team to do this – to dig into data and use it strategically to speak truth to power. You can help us keep building the case for real climate solutions in 2019!

Your year-end donation today will strengthen our data-driven, people-powered impact in 2019.

[1] I presented results from our groundbreaking 2016 report, The Sky’s Limit, as part of this panel at the American Geophysical Union (AGU) Fall Meeting in Washington, DC. [2] Learn more about the research referenced in this email: