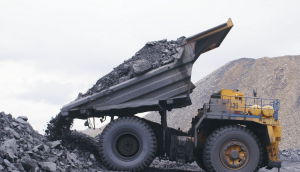 Trump’s deep love of dirty coal, and his regulatory rollback of the fossil fuel industry, is having a greater impact on climate change than previously understood.

Since becoming President, Trump has pursued an unashamedly pro-coal agenda. But now it seems that coal’s impact on climate is even higher than thought due to leaking methane emissions.

Furthermore, the Trump Administration has been using cold weather events to try and promote coal, at the expense of renewables and the climate.

Firstly, an investigation by Climate Home News (CHN) has revealed that “unregulated, unnoticed coal mines across the US are leaking a potent greenhouse gas [methane] with the same greenhouse effect as 13 million cars”.

According to the CHN analysis of government data, there are roughly 300 active and 200 abandoned coal mines, which are belching and leaking about one-tenth of the potent greenhouse gas, methane. Some 60.5 MMTCO2e of methane was released in 2016. Even as some dirty coal mines are slowly shut down, they are not being “fully sealed” which means they just carry on leaking. This can only be bad news for the climate.

Nathaniel Shoaff, a senior attorney with the Sierra Club, said: “At a minimum, they should be taking meaningful, realistic, reasonable steps to reduce the climate impacts of the projects they approve.”

Meanwhile a second separate investigation by the Sierra Club has found that Trump officials secretly want to keep as many coal mines open as possible. Towards this end, the Administration promoted the value of coal-fired power plants in a government report on the winter storm known as a “bomb cyclone” that plagued the Eastern US in December last year and January this year.

According to a US Department of Energy’s National Energy Technology Laboratory (NETL) survey published in March “continued retirement of fossil fuel power plants could have an adverse impact on the nation’s ability to meet power generation needs during future severe weather events.”

An article written to promote the report stated that “Coal provided a majority of the daily power generation required to meet the emergency, according to the study. The report analyzes fossil fleet performance and its contribution to power system reliability and resilience during the bomb cyclone event.”

It quoted Peter Balash of NETL’s Energy Systems Analysis team saying that “coal was the most resilient form of power generation during the event and that removing coal from the energy mix would worsen threats to the electrical grid’s dependability during future severe weather events.”

However, according to a Bloomberg report on the issue “The storm helped Trump administration officials bolster their argument that struggling coal and nuclear power plants are essential to national security because they produce electricity that isn’t dependent on natural gas from pipelines that can be disrupted, wind that can stop blowing or a sun that sets.”

Documents uncovered by the Sierra Club using Freedom of Information laws also show “officials gleefully anticipating the next cold snap and disparaging energy experts who didn’t agree with their coal-focused view as incompetent.”

Casey Roberts, a senior attorney with the Sierra Club, told Bloomberg: “The communications reveal this single-minded approach to get a certain narrative out there about the value of coal power for the grid.”

And not surprisingly the report doesn’t mention “methane emissions” at all in its pro-coal and nuclear puff-piece.