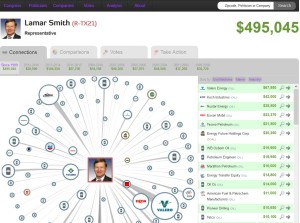 “The American people will wake up tomorrow morning shaking their heads when they learn that a small group of radical Republican house members is trying to block a serious law enforcement investigation of potential fraud at Exxon.”

This is how Eric Soufer, a spokesperson for the New York Attorney General’s office responded to an unprecedented subpoena to them, as well as to the Attorney General of Massachusetts and eight environmental groups, by the House Science Committee yesterday.

The subpoena relates to the investigation by the Attorney Generals from eighteen states into Exxon’s misleading of the public and investors of the risks of climate change.

It is the scandal that is now known as #Exxonknew and the investigations by the Attorney Generals have been widely welcomed by the scientific and environmental community.  For more go here.

According to the House Committee, however, exposing Exxon’s decades of deceit and manipulation over climate, is dangerous in that it will “deprive companies, nonprofit organizations, scientists and scholars of their First Amendment rights.”

Chairman of the Committee, Lamar Smith, a Republican from Texas, who has taken hundreds of thousands of dollars off the oil industry (see picture), said at a news conference on Capital Hill: “The attorneys general have appointed themselves to decide what is valid and what is invalid regarding climate change. The attorneys general are pursuing a political agenda at the expense of scientists’ right to free speech.”

This stance was quickly rebuffed by Eric Soufer, though:

“Chairman Smith and his allies have zero credibility on this issue and are unwilling or unable to grasp that the singular purpose of these investigations is to determine whether Exxon committed serious violations of state securities fraud, business fraud and consumer laws fraud”

He went on to add that “this committee has no authority to interfere with these state law enforcement investigations and whether they subpoena or not, this Attorney General will not be intimidated or deterred from ensuring that every New Yorker receives the full protection of state laws”.

A spokeswoman for the Massachusetts Attorney General, Maura Healey, added that Smith and the Republican-led committee was acting at the “behest of Big Oil”.

Ken Kimmell, the president of the Union of Concerned Scientists, added: “Chairman Smith’s subpoena is an abuse of power that goes way beyond the House Science Committee’s jurisdiction and amounts to nothing more than harassment. It’s also just plain wrong to investigate a nonprofit for doing its job — in this case, providing public officials with science and evidence to hold fossil fuel companies accountable for deception on climate change, one of the world’s most pressing problems.”

Annie Leonard, Greenpeace’s executive director, added in a statement. “We would like to know exactly how much money Exxon, other fossil fuel companies, and allied nonprofits and think tanks have given members of the House Science Committee.”