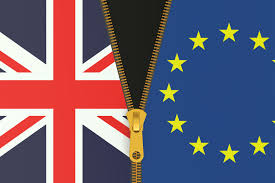 Tomorrow the United Kingdom will vote on whether to leave the European Union, in an historic moment for the country.

We have known for a while that some of the most vehement supporters of what is known as British Exit, or Brexit for short, are also leading climate deniers. We also know there has long been an association between Euro-scepticism and climate scepticism.

Earlier this month, Desmogblog UK mapped the “deep-rooted connections” between the climate deniers and Brexiters, revealing how much of this “close-knit” network revolves around one address close to Westminster, 55 Tufton Street, in London.

This is where organisations such as leading deniers, the Global Warming Policy Foundation, reside along with the TaxPayers’ Alliance, whose founder Matthew Elliott is heading up the Brexit campaign Vote Leave and which recently appointed Lord Lawson, the head of the GWPF as its chair.

Seasoned denier watchers have long noted the irony that many climate sceptics are vehemently pro-fracking.

The GWPF has long championed shale-gas and recently welcomed the decision by North Yorkshire Council to approve the controversial technique.

Another resident of 55 Tufton Street is UK2020, the think-tank chaired by the climate sceptic former Environment Secretary Owen Paterson, who once said he did “everything [he] could to speed up approval of shale gas permits” when a Minister.

Many who reside in 55 Tufton Street will be ideologically opposed to regulation, especially EU ones that protect air and water quality, for example.

And so it comes as no surprise that a new analysis published the Energy Desk at Greenpeace UK has found that “Almost all of the UK’s environmental regulations on fracking could be removed if the UK votes to leave the EU, according to legal experts.”

The analysis by the Energy Desk suggests a vote to Brexit could lead to moves that could “fast-track fracking” across the UK.

The vast majority of the EU rules derive from 15 key European Directives, which cover water use and contamination, the safe use of chemicals, air pollution, noise, climate change, biodiversity and environmental liability.

In the event of a Brexit all these could either be amended to even undone, leading to a potential fracking free-for-all.

Antoine Simon, legal expert at Friends of the Earth Europe, argues: “What would change is that future governments would be able to review the environmental legislation in place and apply the standards they deem useful, or reasonable, or necessary”.

“Weak and patchy as they are, the UK’s fracking regulations could be even worse without the bedrock provided by over a dozen separate EU directives,” adds Hannah Martin, energy campaigner at Greenpeace. “If Britain leaves the EU, this last bulwark of environmental protection would be at the mercy of a government that has stopped at nothing to help the fracking industry.

Martin said: “Being part of the EU means we have the world’s largest body of environmental law to protect the quality of the air we breathe and the water we drink. We should think twice before giving it up.”