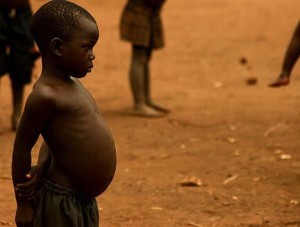 If we didn’t know it already we do now. Climate change is bad for your kids. That was the message yesterday, when the American Academy of Pediatrics (AAP) published a policy statement and technical report on the effects of climate change on children and concluded that they are “uniquely vulnerable” to the threat.

And the youngest and poorest are the most vulnerable of all to threats such as increased diseases and heat. So it is no surprise that children in the world’s poorest countries, where the disease burden is already disproportionately high, are most affected by climate change.

And according to the World Health Organization, more than 88 percent of the existing burden of disease attributable to climate change occurs in children younger than 5 years old. With temperatures set to rise, this spells disaster for young children, especially in areas of the Middle East, where separate new research has revealed that the region will suffer heatwaves “beyond the limit of human survival” if climate change is unchecked.

With warnings such as these, the AAP argues that failure to take “prompt, substantive action would be an act of injustice to all children.”

The AAP statement in the journal Pediatrics urged both pediatricians and politicians to work together to solve the threats associated with climate change including natural disasters, heat stress, lower air quality, increased infections, and threats to food and water supplies.

“Every child needs a safe and healthy environment and climate change is a rising public health threat to all children in this country and around the world,” said AAP President Sandra Hassink.

The technical report by the AAP, which represents 64,000 pediatricians and other health professionals who specialize in caring for children in the US, also highlighted the latest scientific evidence linking climate change to child health, development, wellbeing and nutrition.

They outlined how heat-related mortality is set to increase, as are the number of climate related infectious diseases, disasters and food impacts:

The AAP is calling for a new public health movement to help educate politicians about climate change.

AAP president Sandra Hassink contends that that: “Pediatricians have a unique and powerful voice in this conversation due to their knowledge of child health and disease and their role in ensuring the health of current and future children.”