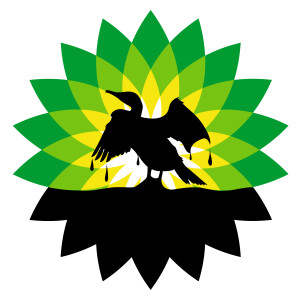 Oil giant BP will pay nearly $21 billion to settle its dispute with US Federal and State authorities over the Deepwater Horizon oil spill in April 2010, which killed eleven workers, and spilt millions of gallons of oil across the Gulf of Mexico.

The fine is slightly higher than previous estimates, but the settlement between the parties “is a strong and fitting response”, according to the US Attorney General, Loretta Lynch.

It is the biggest pollution fine in US history.

BP is receiving nothing more that the “punishment it deserves”, added Lynch, with the money “providing critical compensation for the injuries it caused to the environment and the economy of the Gulf region.”

She warned that “The steep penalty should inspire BP and its peers to take every measure necessary to ensure that nothing like this can ever happen again.”

In the settlement BP will pay a record $5.5 billion fine under the Clean Water Act; some $8.1 billion for the restoration of the Gulf and some $5.9 billion for local authorities. The oil company will have between 15-18 years to pay.

Around 80 percent of the $5.5 billion Clean Water Act penalty will go to help the Gulf recover from the injuries it has suffered. In addition, BP’s payments for natural resources damages will “help fund Gulf restoration projects that will revitalize damaged habitats, such as coastal wetlands and support the revival of wildlife populations, including marine mammals, sea turtles, oysters and birds,” said Lynch.

There are some who will argue that the oil giant got off lightly. According to the Environmental Protection Agency, the final settlement represented a payment of $1,725 for each barrel of oil spilled in the disaster; whereas the maximum amount a judge could have assessed in the case was $4,300 a barrel.

BP responded by saying that the settlement put the company another step toward “fulfilling our commitment to help restore the gulf economy and environment.’’

But the deal is yet to be rubber stamped. It will only become final only after completion of a public comment period of at least 60 days after which it will be subject to court approval.

The company’s bill for the disaster now stands at around $55 billion, but it is not over yet.

The oil giant still faces a myriad of class action lawsuits, including a securities fraud trial set to begin in Houston in January next year, where investors are suing BP for misconduct. The investors are claiming they were harmed because BP underestimated how much oil was spilling into the Gulf of Mexico.

BP’s final, final bill for the disaster is expected to not be known until sometime next year.