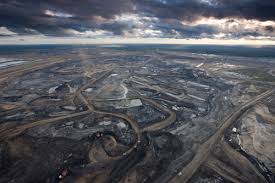 The speech by Mark Carney, the Governor of the Bank of England, earlier this week about the risks of climate change and “stranded assets” has certainly stirred up the debate about global warming.

Whilst the concept of stranded assets will not be new to any regular reading of this blog or the followers of CarbonTracker, maybe the most important part of Carney’s speech was not only what he said, but the fact that he said it at all.

As the Financial Times says in an editorial in today’s paper: “Carney’s speech has introduced a credible voice into an important debate”.

Although the paper argues that it is “right” that the Bank of England is worried by the dangers posed by climate change, his speech certainly ruffled feathers in certain circles. Carney is “either a far-sighted visionary or dangerously deluded fool”, wrote the paper, summing up some of the reaction to the Governor’s speech.

It is hardly surprising that the fossil fuel industry and those associated with it would react badly. One such critic quoted by the paper is one man who has much to lose if the world weans itself of fossil fuels. Philip Lambert , founder of Lambert Energy Advisory, which is involved in a string of oil and gas deals, replied bluntly:

“How on earth can the governor of one of the most responsible institutions in the world think that the thing that produces 85 per cent of the current global energy mix can just suddenly become stranded at a time of rising energy demand and the absence of an affordable alternative?”

Mark Campanale, founder and executive director of Carbon Tracker welcomed his intervention too, arguing that “investors will sit up and take notice of the potential risks and liabilities these companies face and begin to re-price this material risk.”

Furthermore, in a letter to the Financial Times today, some of the bosses of the world’s most influential insurers and re-insurers, amongst others, the head of Lloyds of London, Renaissance Re and Zurich UK argue they “share the view” that “climate change poses one of the greatest challenges to the long-term health of global economics and societies and, as such, demands urgent action.”

Other voices welcomed Carney’s intervention in the climate debate, including the influential Globe and Mail newspaper in Carney’s native Canada. Think of the speech as a “sobering climate-change wake-up call for Canadians,” said the paper.

The paper continued: “For Canada, the risk in stranding resources is a major devaluation of its high-cost energy reserves. Billions of dollars worth of planned oil sands projects might never be built.”

It continued: “Many of the pipelines envisioned to move all that energy wouldn’t be needed. And the market value of the companies poised to tap these reserves would plummet, making some of them worthless. Investors might not dare touch these assets because the risks are simply too great.”

The paper went on to add: “This isn’t an easy conversation to have. Jobs, growth and the pensions of millions of Canadians are at stake.”

But it is a conversation Canada needs to have.

It cannot carry on sticking its head in the dirty tar sands.