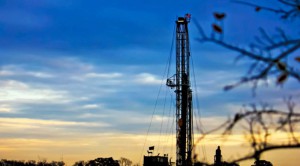 The US shale revolution is slowly grinding to a halt as the continuing low oil price takes its toll on the viability of fracking in the country.

Slowly but surely the amount of capital being invested is dwindling. As Ed Crooks writes in today’s Financial Times: “The world may run on oil, but the oil industry runs on capital, and for US shale producers that capital is starting to dry up.”

Much more money is being spent than being received. According to the paper, the US fracking industry “reported a cash outflow of more than $30bn in the first half of the year, in a sign of the challenges facing the US’s once-booming industry as the slump in oil prices begins to take effect.”

The FT outlines how capital spending exceeded cash from fracking operations by about $32 billion in the six months of 2015, which is fast approaching the deficit of $37.7 billion reported for the whole of 2014.

This amount of cash shortfall will inevitably lead to a rise in bankruptcies and restructurings. It is also leading to a massive increase in debt as the financial strain on the industry reaches breaking point. Indeed, the aggregate net debt of American oil and gas production companies more than doubled from $81 billion at the end of 2010 to $169 billion by June this year.

With capital drying up and debt ballooning, the industry will have no choice by to restructure and contract according to industry analysts.

Those companies with high debt and high costs could be in trouble. Some have already hit the wall, with sixteen oil production companies already defaulting this year.

In the state, fracking companies drilled 42 per cent fewer wells during the first half of this year compared to last.

“It’s the exact thing we said would happen in a tight capital environment,” argues Dave Spigelmyer, president of the Marcellus Shale Coalition, an oil industry group.

As the oil price looks set to remain low for the foreseeable future, it seems like there will be no respite for the shale industry. And analysts are predicting the entire sector is on course to report more losses for the third quarter of this year.