Although Alaska’s budget troubles have made headlines lately, it’s shouldn’t come as a surprise that a sharp drop in oil prices has put a state with a noted overreliance on oil and gas revenues in a financial bind. But in the midst of Alaska’s dire budget woes, how many people know that, when it comes to production taxes, Alaska is in the bizarre position of expecting to pay oil and gas companies more in production tax incentives than the state expects to take in from production taxes in 2015 and 2016?

That’s right – a tax on oil and gas production is actually going to gift producers more money than it brings in.

How does a tax turn into a corporate handout? Alaska’s oil and gas production tax system gives tax credits to large producers that reduce their tax liability, and also hands out credits to small producers (see Figure 1). In the case of small producers, these credits are allowed to exceed a producer’s entire tax liability, and may then be paid out by the state. In this case, it’s possible for the state to spend more money on all oil and gas production taxes – across both large and small producers – than it takes in in a given year. 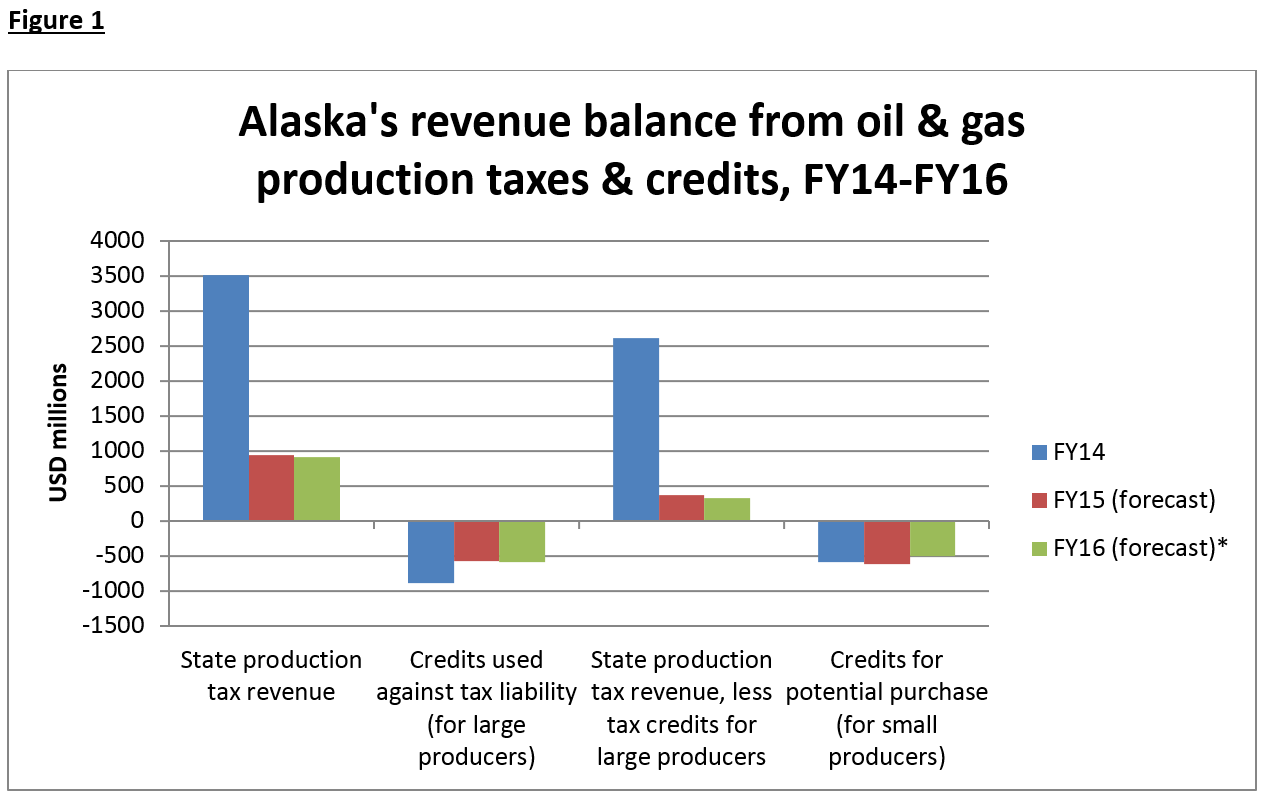 While recent efforts have deferred some subsidy payments to later years, Alaska’s taxpayers are still in the unbelievable position of having to shell out more than they take in on what is supposed to be a “tax” on fossil fuel producers.

Alaska’s most recent official revenue forecasts from April, 2015 projected the state will pay out $442 million more in production tax credits than it will take in through FY15 and FY16 (Figure 2). This figure takes into account a July veto by Alaska Governor Bill Walker that effectively capped one subsidy at $500 million for FY16, rather than the original $700 million that was anticipated. 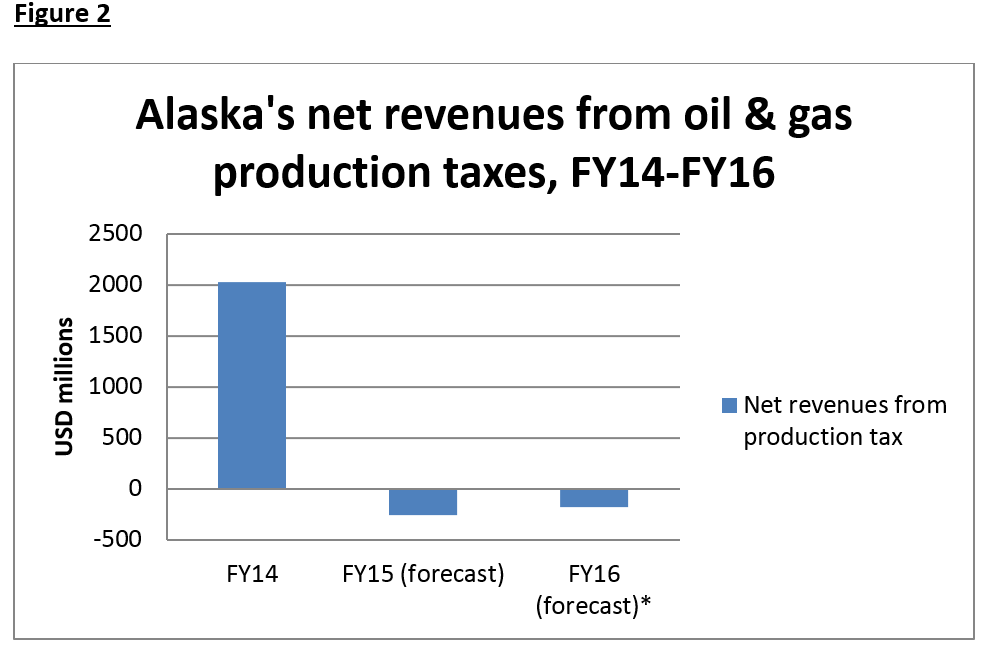 Despite tough talk earlier in the year, Governor Walker has characterized this $200 million shift as a deferral of subsidy payments rather than an actual reduction in subsidies, and has said that striking these subsidies from the books is “not the goal.” Despite efforts by the Democratic minority in the legislature to strike certain subsidies, Governor Walker and the legislature’s Republican majority have ensured that those efforts foundered. Yet if those subsidy payments are simply deferred, that puts Alaskans’ total net loss and future liabilities on oil and gas production taxes at over $640 million for FY15 and FY16 alone, at a time when state finances are deeply distressed.

While this perverse outcome has spurred political debate on Alaska’s oil and gas tax regime, the state remains a poster child for oil and gas subsidies gone wrong.