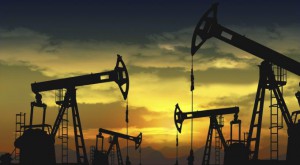 There has been increasing speculation over the last twenty-four hours that the oil price might start to rally upwards.

“What we are seeing now is improvement, suggesting a recovery within the longer term downtrend … I’m short-term bullish on Brent,” Roelof van den Akker, a chartist at ING Wholesale Banking, told CNBC earlier today. Van den Akker is predicting that the oil price could jump $20 / barrel in the near future.

He is not the only one who is thinking that the oil price is set to rebound. The Financial Times is reporting that hedge funds are also placing some of their “largest ever bets on a rally in oil prices”.

But the FT adds that this comes “just as evidence mounts that energy companies are hunkering down for a delayed recovery.”

Part of what this “hunkering down” might look like was outlined by one industry executive on Wednesday.

The executive, Rob Fulks, a marketing director at fracking company Weatherford, predicted that half of the 41 fracking companies operating in the U.S “will be dead or sold” by the end of this year due to slashed spending by oil companies caused by the oil price plunge.

Fulks, whose company is the fifth largest fracker in the US, was speaking at an industry conference in Houston on Wednesday. He predicted there could be as little as 20 fracking companies left by the year end, compared to the 41 there are currently and 61 there were at the beginning of last year.

The cuts are part of the $100 billion the industry has cut in spending globally after prices have plummeted.

He told the audience that “we see yards are locked up and the doors are closed”, adding “it’s not good for equipment to park anything, whether it’s an airplane, a frack pump or a car.”

As far as his own company is concerned, Fulks said that Weatherford was making “dramatic” cuts to expenditure.

Many in the industry, like Fulks, will be hoping that the hedge funds are right and that the oil price rebounds sooner rather than later.

But whether it happens before more fracking companies go bust or are taken over, remains to be seen.