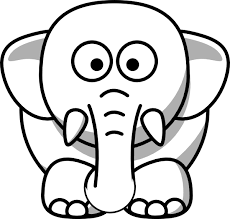 Later today the Senate floor is expected to hold a procedural vote on the controversial Keystone XL pipeline, although currently Senators do not have enough votes to override Obama’s promised presidential veto on the issue.

According to Senator John Hoeven (Republican from North Dakota), the sponsor of the legislation, as of yesterday he had 63 of the 67 votes needed for a Presidential veto-proof vote. So he currently falls four short.

“Right now we’ve got about 63, but we’re going to the floor with an open amendment process,” Hoeven said. The Senator threatened to attach the pro-KXL bill to other so-called “must-have” legislation to try and claw enough votes.

As the Senators prepare to vote, they should have a read of the latest articles on the pipeline, with more and more commentators arguing that the fall in oil prices makes the pipeline all but redundant. For example, one commentator from MIT labels the pipeline “a white elephant.”

He is not alone. Pete Howard the president emeritus of the Canadian Energy Research Institute in Calgary, Alberta, argues that if prices stay roughly where they are at the moment, in the low $50 range, “the necessity for Keystone XL may disappear.”

The Canadian media are also waking up and smelling the coffee that plunging oil prices have changed the game for the pipeline, including the scenarios outlined in the State Department review.  “Slumping oil prices could provide U.S. President Barack Obama with the excuse he appears to want to reject TransCanada Corp.’s Keystone XL pipeline”, warned the Canadian Globe and Mail yesterday.

The same paper has also woken up to fact that Obama is probably going to reject the pipeline outright. “ Mr. Obama almost certainly will say no, handing the fate of Keystone to the next president,” it laments.

Also Senator John Hoeven would do well to examine what falling oil prices have done to his home-patch at North Dakota, where the first horizontal well was drilled just over a decade ago in Divide County.

According to Reuters, the plunging oil price has hit the region hard, with one company which focused exclusively on Divide County where oil was first fracked, having  stopped drilling. The local town’s economy is said to have “collapsed”.

As his home state is hit hard by the plummenting oil price, instead of promoting the boom-bust cycle of dirty oil, maybe Hoeven should be championing clean energy instead.

***Tell President Obama to reject the Keystone XL tar sands pipeline once and for all!***