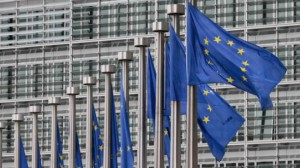 Early this morning, the 28 EU leaders agreed in principle to set a landmark deal to reduce CO2 emissions by 40 per cent from 1990 levels by 2030.

“Deal!” Herman Van Rompuy, the president of the European Council, the body that represents EU leaders, Tweeted. He added the deal was the “World’s most ambitious, cost-effective” one ever agreed.

It was also hailed by the current EU Climate commissioner Connie Hedegaard, as an important step for the whole world, which had sent a “strong signal to other big economies and all other countries: we have done our homework, now we urge you to follow Europe’s example.”

Outgoing European Commission president, Jose Manuel Barroso added: “This package is very good news for our fight against climate change. No player in the world is as ambitious as the EU.”

The CO2 reduction pledge was not the only deal agreed. There was also a binding EU agreement to generate at least 27 percent of energy from renewable sources, and an “indicative” goal of improving energy efficiency by at least 27 percent. Both had been watered down from original targets of 30 per cent.

“We could have envisaged getting more, but we, in the spirit of compromise, decided to agree on a 27 percent target,” said Germany’s Chancellor Angela Merkel, referring to the renewable target.

This unambitious energy efficiency target was dismissed by Tony Robson, the CEO of Knauf Insulation – a leading insulation firm – as “no better than business as usual”. The 27% target “sends a strong signal to the energy efficiency industry to ‘leave Europe and make your investments elsewhere’”, he bemoaned.

Moreover the climate deal may not be as great as EU leaders are making out. As ever the devil is in the detail and key aspects of the deal which are part of the EU’s negotiating position for the Paris talks were apparently “left vague or voluntary, raising questions as to how the aims would be realised,” according to the Guardian newspaper.

One country threatening to wreck the deal is Poland which is heavily dependent on coal.

“It will be extremely difficult politically and economically for us to just to end our dependence on coal”, says Oktawian Zajac, head of the coal practice at Boston Consulting in Warsaw. “Coal is still very much part of the future energy mix”.

The country is demanding that its economy and industry are discounted by €15bn-€20bn between 2020 and 2030 under concessions from the EU’s carbon trading system. The Polish proposal was condemned by environmentalists.

“It’s scandalous,” said Julia Michalak, a spokeswoman for Climate Action Network Europe. “A continuation of free emission permits for Poland’s coal-reliant energy system would be a grave mistake. Leaders who came to Brussels to agree new historic climate goals, are actually discussing whether to hand out money to Europe’s dirtiest power plants.”

Other evnrionmental and development groups attacked the 40 per cent proposals too. Greenpeace EU managing director Mahi Sideridou added: “The global fight against climate change needs radical shock treatment, but what the EU is offering is at best a whiff of smelling salts”.

Oxfam urged Europe to “review” its climate targets after what it described as a “weak climate package deal”.

“Today’s target of at least 40% of emissions reductions is welcome but only a first step, which falls far too short of what the EU needs to do to pull its weight in the fight against climate change,” said Natalia Alonso, Oxfam’s Deputy Director for Advocacy and Campaigns.