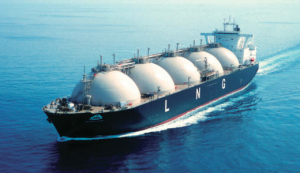 In the diplomatic fallout from the crisis in Crimea, European leaders are said to be scrambling to reduce their dependence on Russian gas. You cannot negotiate with Putin if he holds all the aces.

As governments search frantically for alternative sources of cheap gas, many countries are eyeing up America’s large shale gas reserves as a potential solution to the problem or at least a bargaining chip with Russia to reduce prices.

The shale gas could be exported from America to Europe as Liquified Natural Gas (LNG). A draft communiqué for this week’s meeting in The Hague says: “We welcome the prospect of US LNG exports in the future since additional global supplies will benefit Europe and other strategic partners.”

Currently there is a ban on oil exports, but gas can be exported. Environmental groups have long argued that lifting the oil ban is a bad idea.

Back in January this year, Oil Change International Executive Director Stephen Kretzmann said that “Exporting US crude oil will immediately raise the price of oil in North America, raise profits for Big Oil, and thus increase dangerous drilling in our backyards and on our public lands. More drilling will mean more pipeline spills, more rail car explosions, and more poisoned land and water.”

Although exporting gas could bring many of the same risks, slowly but surely the Obama Administration is allowing more exports of LNG, recently approving its seventh export licence.

The oil industry is pushing for more exports. Our old friend Jack Gerard, president of the oil industry lobby group, the American Petroleum Institute, argues that “If the US were to open up its vast reserves and put them on to world markets, I believe it would give Putin great pause.”

Jaroslav Neverovic, Lithuania’s Energy Minister, tells the paper that “Obviously. It’s happening already. If you look at what experts are saying, the future is going to be cheaper gas.”

But American LNG gas does not necessarily mean cheaper gas for Europe.  Writing earlier this week, Derek Brower, the editor-at-large of Petroleum Economist argued that the “frenzied call” to ship fracked gas to Europe “doesn’t make much sense”.

He points out that it is the companies who sell gas and not the American government. And the hot market for gas at the moment is Asia, especially Japan, where demand has rocketed since the Fukushima nuclear disaster.

He argues that American companies “will send their LNG to the customers who pay most for it.” American suppliers could theoretically switch from Asia to Europe, “but only if Europe’s consumers are willing to pay more for energy.”

Analysts are saying that for American LNG to replace Russian gas if Putin turned off the tap it would cost European consumers about 40 percent more.

And if European consumers had to pay this much more for energy, they may think differently about the Crimean crisis and what European countries do next.