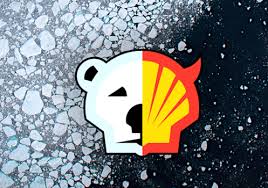 After spending $ 5 billion on a fruitless and damaging Arctic drilling campaign, Shell has admitted defeat by suspending its plans to drill in the Arctic this summer.

Two weeks after the company issued a shock profit warning, where fourth quarter profits were down 71 per cent, Shell said it would slash its exploration and development spending from $46bn down to $37bn this year.

Using particularly brutal corporate language, new chief executive, Ben Van Beurden, admitted that the oil giant was suffering from a “loss of momentum in operational delivery”. He admitted Shell needed to “sharpen up”.

Shell’s decision to abandon Arctic drilling comes just a week after US federal court ruled that the full range of environmental risks had not been assessed by the American government.

In the wake of the court verdict, John Sauven, Executive Director of Greenpeace UK, said: “This is a massive blow to Shell’s Arctic ambitions.”

Now it looks like that it could be a killer blow. Van Beurden has now conceded the court ruling “raises substantial obstacles to Shell’s plans for drilling in offshore Alaska”.

And as Van Beurden has signalled Shell is “changing its emphasis”, as the “the landscape the company had expected has changed”, it will be interesting to see if the oil giant is in any mood to return to the Arctic in a hurry.

Meanwhile, the company’s poor performance means it is the subject of some harsh criticism.  Nick Butler, the Financial Times commentator on energy and power, argues that there is an “impression that there is a governance problem” at the top of Shell. Coming from the FT, that hurts.