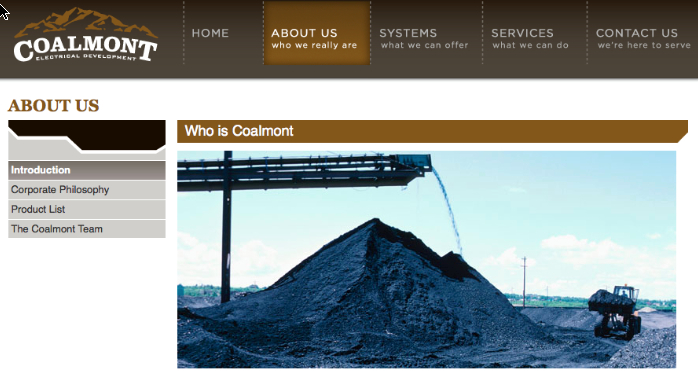 Alabama coal baron and conservative activist Shaun McCutcheon has a problem.  He doesn’t feel that $123,200 buys him enough influence in Washington.  He wants to spend more.  A lot more.

McCutcheon, a big fan of the Supreme Court’s Citizens United decision, apparently feels that this existing aggregate federal campaign contribution limit is a restriction of his “right” to spend what he wants on politics.

Next Tuesday at the Supreme Court, shutdown willing, the Court will hear oral arguments in McCutcheon v. FEC.  Already being called Citizens United 2 by a coalition of democracy, environmental, and labor activists, the case could enable a single wealthy donor, like McCutcheon, to contribute more than $3.6 million to the Democratic or Republican party’s candidates and party committees in a single election cycle.

McCutcheon’s case, which reportedly began in the grand ballroom at the Marriott Wardman Park hotel during the “Ronald Reagan Banquet” at the Conservative Political Action Conference is being actively supported by both the Republican National Committee (RNC) and Senator Mitch McConnell (R-KY).

Why does Shaun McCutcheon want to be able to spend more on elections?  What does he want to do with the increased access and influence this will buy him in Washington?  Likely much of the same thing he has been doing – advocate for his coal industry and peddle climate denial.

McCutcheon’s company, Coalmont Electrical Development, makes industrial electrical equipment that is used in coal mines. The coal industry is in trouble both in the United States and globally.   Huge amounts of cheap natural gas from fracking has undercut coal, the price for coal has dropped, and the coal market is flooded with supply.  All of this is against the backdrop of an increasing grassroots movement against coal, and scientific certainty and elite concerns about fossil fueled climate change.

McCutcheon understands the threat to his profits.  Last year he tweeted this:

Green Energy really means green losses for all of us.

But McCutcheon and his friends at the RNC have a plan for dealing with these pesky things like market realities and scientific certainties: spend more money, and spread more confusion.

Following the tried and true playbook laid out first by the tobacco industry and expertly expanded by the fossil fuel industry, McCutcheon has challenged the credibility of climate science and amplified the voice of prominent deniers such as S. Fred Singer

If we are so worried about children of future generations why do we waste their real money & precious freedom on climate change?

McCutcheon retweeted a link to a Singer article last year that claimed that “The good news is that science evidence [sic] has made it quite clear that the human contribution to a possible global warming is minor; in fact it cannot even be identified in the data record.”

Such arguments are considered ridiculous by 98% of climate scientists, but it should be obvious why coal industry executives like McCutcheon are interested in giving them air time.  Regardless, the fossil fuel industry is slowly but surely losing its battle against science.  From the President’s decision to link Keystone XL pipeline approval with its carbon emissions, to the recently announced EPA greenhouse gas rules and the release of the latest Intergovernmental Panel on Climate Change report – the writing is on the wall.

Climate science is getting even more robust and conclusive.  The clean energy industry is taking off.  The movement against fossil fuels is gaining strength in some unlikely quarters.

What does this mean to Shaun McCutcheon, smart businessman?  It means the price of bribery is going up, and he needs to be able to meet that price.  The total amount of money spent at the Federal level in the 2012 election by the top fossil fuel industry donors who would benefit the most from the removal of aggregate campaign finance limits was $11,504,213.  If Shaun McCutcheon gets his way, these oil, coal, and gas industry executives could collectively give $312,455,200 in the next election[1].  That’s a 2600% increase.  Piles of money like that, which the fossil fuel industry remains in a good position to provide, has a way of muddying the waters in Washington.

Take for example the Koch brothers and their wives, who between them spent $451,398 in the last election (much more if you consider superpacs and other shady avenues, but we’ll ignore that for now). If McCutcheon succeeds, the Koch brothers would be further unleashed to contribute up to $14,532,800 in the next election.

Most sane people, including the vast majority of Americans of all parties think that campaign donors have way too much power and influence in Washington, not too little.  But it has become abundantly clear in the post-Citizens’ United world that the fossil fuel industry is doubling down on dirty energy cash.

Because of this cash onslaught and the credible threat of more, virtually all Republicans and most Democrats are either bought or cowed into supporting an “All of the Above” (née Drill Baby Drill) energy policy that favors domestic drilling.  The words “climate change” were not heard in the Presidential debates for the first time since 1984.  But despite these facts and ongoing attacks on the Clean Air Act, irrational defense of industry subsidies, promotion of expanding oil and gas infrastructure, gas fracking, and coal export proposals — the movement for clean energy and against fossil fuels has never been stronger in the U.S.

Power, Alinsky famously observed, comes from only two places – money and people.  Many, many more people are waking up to the threat posed by climate change and by expanding fossil fuel infrastructure in their backyards.

It makes sense that the fossil fuel industry is desperate to find more ways to bring more money to bear – it’s really their only play.  But the price of bribery is going up, and Shaun McCutcheon — businessman, coal baron, and climate denier — is preparing to pay it.

[1] All campaign finance analysis performed using Public Campaign’s list of top donors and the DirtyEnergyMoney.com database which is based on data from the Center for Responsive Politics with further analysis from Oil Change International.