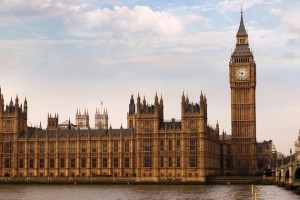 There is widespread outrage in the UK this morning at the proposed “Lobbying Bill” that is being debated today in the House of Commons in London.

But the worrying thing is that the Government has undertaken a political masterclass in outmanoeuvring many of its critics.

Ostensibly today’s “Lobby Bill” is all supposedly about regulating Britain’s burgeoning lobbying industry. After years of political and lobbying scandals, the Coalition agreement back in May 2010 committed the Government to introduce a statutory register of lobbyists.

Since then the Government has prevaricated, but back in July this year, after yet another political lobbying scandal, it finally relented to bringing forward legislation.

But there are two deep, deep, fundamental flaws to their proposals. Firstly, the Government is only proposing that third party lobbying companies – such as Bell Pottinger or Burson-Masteller, should have to register who they are lobbying for.

This means that the roughly ¾ of lobbyists who work in-house for oil, food, chemical, nuclear, pharmaceutical companies, amongst others would not have to register. In other words the whole thing is a farce. What is a point of a register where three quarters of the people are missing?

We know that companies such as BP and Shell – who undertake much of their lobbying in-house – have regular unfettered privileged access to decision makers, but the Bill would not tell us if they are lobbying against climate legislation or for tax breaks for activities in the North Sea or fracking too.

It would not tell us if they are lobbying with the Canadians to influence the British Government’s actions over the tar sands or the EU’s Fuel Quality Directive.  If you are worried about the influence of Big Oil on our government or democracy it would tell you nothing.

Take for example, one of the most toxic political issues of the last three months: fracking. The Lobby Bill would mean that we would have no idea if the company involved in fracking in Balcombe in Sussex, Cuadrilla, had been lobbying the government for lucrative tax breaks for fracking, or to water down the laws on water pollution.

Although we would have a right to know that its PR company, Bell-Pottinger, was working for Cuadrilla. But we already know this. So the main part of the bill is a sham.

It has been described by the opposition Labour party as a “complete mess”. There would also be no need for any financial disclosure, like there is in the US.

In the US for example, you have the right to know that Shell spent nearly $5 million on lobbying activity this year, which is far less than the nearly $15 spent last year. You have a right to know that in total the oil and gas sector has spent over $71 million lobbying in Washington over the last year. But, in contrast the UK Bill will not disclose any financial information at all.

But it gets worse. The Government has deviously added a second part to the Bill which would undermine the right of NGOs, unions and charities to campaign in the run up to a General Election. It would put a financial ceiling on the amount of money that they could spend. Any organisation, however large or small, spending £5,000 a year and expressing an opinion on anything remotely political must register with the Electoral Commission, which is calling the proposals unworkable.

It is this second part that has, rightly, provoked a furious response from charities. It is being seen as a fundamental assault on democracy. John Sauven, executive director at Greenpeace, has called the Bill “the most pernicious assault on campaign groups in living memory”.

The National Council for Voluntary Organisations has published a report from leading a human rights attorney warning that the bill could breach the right to freedom of speech, and would have a chilling effect on political campaigning.

But as campaign groups rage about the second part of the Bill, the first part could pass through parliament relatively unnoticed.

As Tamasin Cave from Spinwatch in the UK, points out: “One consequence of this unannounced swipe at charities and unions in the same Bill is that debate over the proposals for a register of lobbyists have been muted. The very real concerns people have about the influence large companies have on our government have been silenced.”

She continues: “The fundamental weaknesses of the current proposals for a register of lobbyists have been eclipsed. The attack on charities and unions is a very useful diversion. It is as if the government planned it.”

It looks like the Government deviously planned to try and neuter their critics, whilst protect their wealthy friends. And that includes Big Oil.

The bosses at BP and Shell will be smiling as their critics complain about injustice, being gagged and the demise of democracy.