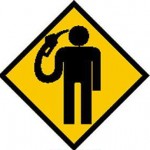 The U.S. is experiencing a domestic oil boom that could soon make it the world’s largest liquid fuels producer. And how has that surge in production impacted gasoline prices?

In 2012, Americans paid more for gasoline than ever before.

According to figures from AAA, the average price of gasoline in 2012 was $3.60 per gallon, making last year the most expensive in history. Here’s what the organization reported on December 31:

In 2012, prices increased to begin the year as geopolitical tension with Iran mounted and the “fear premium” in oil markets propelled the national average price at the pump to a high of $3.94 on April 5 and 6 – more than 65 cents higher than the price to begin the year. While a resolution to the “fiscal cliff” negotiations in Washington could pressure gasoline prices higher to begin 2013, it is unlikely that this increase would be on par with a year ago. Continued economic concerns, weak demand and increased domestic crude oil production are likely to temper any seasonal price increase in the coming months.

High gas prices caused a fever pitch in political circles. The 2012 campaign season was filled with calls for a “drill-everywhere-drill-anything” approach to energy policy. During the February primary season, Republican presidential candidate Newt Gingrich released a plan to increase drilling and shut down the Environmental Protection Agency, which he claimed would lower gas prices to $2.50 per gallon. Analysts called it “absurd.”

During the general election, Mitt Romney unveiled an energy plan to “drill everywhere it can be done.” While Romney didn’t make any specific claims about how much it would lower prices at the pump, he did claim his plan would substantially lower prices for consumers.

However, while Romney and others made bold claims about how much their drilling plans would reduce gasoline prices, the opposite scenario played out: American oil production surged to historic highs; yet the average price of gasoline hovered at record levels for consumers. The year closed out as the most expensive ever for gasoline.

That’s not to say that an increase in U.S. oil production failed to have an impact. As AAA points out, prices remained high for a variety of reasons, including tensions with Iran and domestic refinery constraints. While it’s difficult to know the exact influence of domestic production on U.S. gasoline prices, the drilling boom likely helped keep prices from going much higher in 2012 than they might have otherwise, said Michael Levi, a senior fellow with the Council on Foreign Relations.

“In the short run, unexpected production gains can have a big impact on prices,” Levi told Climate Progress.

Levi said that the increase in U.S. production — along with other countries — probably helped moderate price increases after Iranian sanctions were tightened last year. However, he said it’s “borderline impossible” to know how much U.S. oil production offset price increases.

That’s because projections assume that OPEC will cut oil production in response to increased U.S. supply, which is why analysts typically predict a “very mild price impact from any change in U.S. production,” said Levi.

Another emerging factor — one that is usually unmentioned in political calls for “drill-baby-drill” — is the decrease in demand for oil in America. Due to improved automobile efficiency, a decrease in vehicle miles traveled, and the economic slump, U.S. petroleum consumption has fallen since 2005. That has also played a role in preventing a steeper rise in gasoline prices. The International Energy Agency expects U.S. consumption to fall by about one million barrels per day by 2020 and five million barrels a day by 2035.

Experts say reducing consumption is the best way to protect consumers. In May of last year, the Congressional Budget Office issued a report finding that efficiency and conservation were the most effective tools for reducing consumer exposure to price increases — not more production.

“Even if the United States increased production and became a net exporter of oil, U.S. consumers would still be exposed to gasoline prices that rose and fell in response to disruptions around the world,” concluded the report.

And this analysis doesn’t take into account the greatest security and cost threat of all: the global warming impact of unchecked fossil fuel development. According to the International Energy Agency, the world needs to leave two-thirds of proven fossil fuel reserves in the ground to avoid catastrophic climate change.