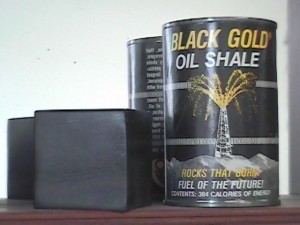 Two years ago, President Obama signalled that he would help break America’s addiction to oil and pave the way for a clean energy future.

Since then the fracking frenzy that has gripped America has really gathered pace. So much so that the US could soon replace Saudi Arabia as the world’s leading oil producer, just as the Saudis promise to go green by transforming their economy to one powered by renewables.

The Associated Press has reported that “U.S. oil output is surging so fast that the United States could soon overtake Saudi Arabia as the world’s biggest producer.”

This year promises to be the fourth straight year of crude increases – the biggest single-year gain for over half a century.

Even the oil industry consultants are bemused by the boom. “Five years ago, if I or anyone had predicted today’s production growth, people would have thought we were crazy,” Jim Burkhard, head of oil markets research at IHS CERA, an energy consulting firm, told the AP. “It’s a stunning turnaround.”

In total, US production is now forecast to reach 13 million to 15 million barrels per day by 2020, helping to make North America “the new Middle East.”

For anyone hoping that gas prices will tumble as the US becomes the world’s largest crude producer, they are going to be disappointed.

As the AP notes: “The increase in production hasn’t translated to cheaper gasoline at the pump, and prices are expected to stay relatively high for the next few years because of growing demand for oil in developing nations and political instability in the Middle East and North Africa.”

Just as the US hopes to become Saudi Arabia, the later country has announced that it plans to become 100% powered by renewable and low-carbon forms of energy.

According to an influential member of the royal family, Prince Turki Al Faisal Al Saud, one of the country’s top spokesmen, the kingdom might be powered entirely by low-carbon energy within his lifetime. He is 67.

“Oil is more precious for us underground than as a fuel source,” he said. “If we can get to the point where we can replace fossil fuels and use oil to produce other products that are useful, that would be very good for the world. I wish that may be in my lifetime, but I don’t think it will be.”

Although many people are highly sceptical of Al Saud’s comment’s dismissing them as window dressing, the potential for solar in Saudi is beyond doubt.

Wouldn’t it be ironic though that just as the U.S. increased its oil dependence, the Saudis pioneered the renewable revolution?