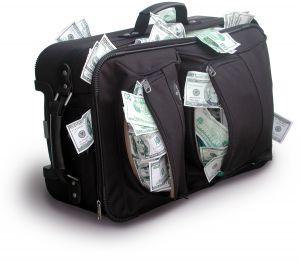 This is a guest post from Phil Mattera, over at the always vital Dirt Digger’s Digest:

The U.S. Securities and Exchange Commission often behaves like a watchdog with no teeth, but it has just stood up to intense pressure from big business and finally approved two rules that will shine a light on dealings between some of the world’s largest corporations and the poor countries from which they extract vast amounts of natural resources.

One of the final rules will require companies engaged in resource extraction to report on all payments to foreign governments, such as taxes, royalties, fees and presumably bribes. The other will require companies to disclose their use of certain resources originating in the Democratic Republic of Congo, where warring groups that have committed frequent human rights violations finance themselves through the sale of what are known as conflict minerals, which can end up being used in the production of goods ranging from jewelry to iPhones.

These rules derive from some of the lesser known provisions of the 2010 Dodd-Frank financial reform legislation, which the corporate world has been seeking to undermine in the rulemaking process after losing in Congress. Business lobbyists have fought the same kind of rear-guard action against the disclosure requirements that they have mounted in opposition to the central portions of Dodd-Frank.

Comments submitted to the SEC by companies and trade associations were filled with the usual kneejerk criticisms of regulation and far-fetched claims about potential harm. The American Petroleum Institute warned that public disclosure of “unnecessarily detailed information” on foreign payments would place companies at a competitive disadvantage and “jeopardize the safety and security of our member companies’ operations and employees.”

Exxon Mobil seconded API’s positions but also threw in the preposterous argument that the disclosure rule could be harmful by “inundating and confusing investors with large volumes of data.” Chevron argued that the information should be submitted to the SEC on a confidential basis, and the agency would then make public only aggregate amounts by country. It also urged the SEC to limit reporting to payments of a “material” amount, which would have meant that only huge ones would be revealed.

It takes a lot of chutzpah on the part of Chevron and Exxon Mobil to resist greater transparency, given that predecessor companies of theirs were at the center of the scandals that first brought the issue of questionable foreign payments to national attention in the 1970s.

Congressional investigations of the Nixon Administration’s Watergate crimes also brought to light widespread corruption by major corporations in the form of illegal campaign contributions and payoffs to foreign government officials. Under pressure from the SEC, these companies investigated themselves and disclosed what they found.

Exxon (prior to its merger with Mobil) admitted to making more than $50 million in foreign payments that were illegal, secret or both. Gulf Oil (which later merged into what is now Chevron) admitted to more than $4 million in such payments, including $100,000 used to purchase a helicopter for one of the leaders of a military coup in Bolivia. Smaller oil companies also spread around the cash. Ashland Oil, for example, paid $150,000 to the president of Gabon to retain extraction rights.

Foreign payoffs were not unique to the oil industry. Aerospace giant Lockheed disclosed more than $200 million in questionable payments, while its competitor Northrop admitted to $30 million. The revelations extended to numerous other sectors as well.

These revelations seriously tarnished the image of big business and paved the way to the enactment of the Foreign Corrupt Practices Act. They were also a big part of the impetus for the modern corporate accountability movement, which has put expanded disclosure at the center of its reform agenda.

It is thus no surprise that corporate accountability and human rights groups—many of which participate in the Publish What You Pay coalition—promoted the inclusion of the disclosure provisions in Dodd-Frank and welcomed the SEC’s vote to move ahead with the rules. Yet there is frustration that on several points the agency caved in to industry pressure. Global Witness, for instance, said it was “extremely disappointed” that the final rule concerning conflict minerals gives larger companies two years and smaller ones four years to determine the origin of the minerals they use.

The SEC also acceded to the demands of giant retailers such as Wal-Mart and Target that they be exempt from conflict minerals reporting requirements relating to products sold as store brands but produced by outside contractors not operating under the retailer’s direct control.

Efforts by large companies to weaken the disclosure rules are yet another sign of how they resist serious regulation in favor of less onerous industry initiatives. Many of those arguing against the proposed SEC rules said they were unnecessary given the existence of the Extractive Industries Transparency Initiative. The EITI is laudable, but it is voluntary and less than fully rigorous.

Business never gives up on its effort to make us think that, despite the prevalence of corporate crime, it can police itself. It has never done so effectively and never will.