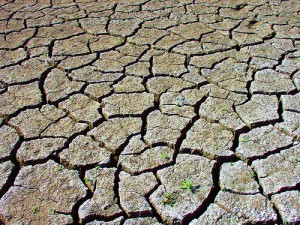 There is no doubt that we are experiencing extreme weather: In the US, recent record temperatures have been blamed for over 60 deaths.

In Russia, over 150 people, many of them elderly, have died in flash floods.

The UK has just experienced the wettest-ever June, with organisers of the Olympics worrying that the freakish weather will put a dampener on the sporting extravaganza.

Many people have been wondering whether what we have been witnessing is due to climate change. But strangely there have been relatively few scientific studies that attempt to explain specific extreme events from a climate perspective.

That is until now. A peer-reviewed paper which was published yesterday attributes recent extreme weather to climate change.

The researchers, who looked at six recent events, concluded that climate change “significantly” increased the odds of some of last year’s most unusual weather, including the brutal Texas drought and the freakishly warm November in Britain. It was also probably a factor in unusual temperatures across Western Europe in 2011.

“We are much more confident about attributing [weather effects] to climate change. This is all adding up to a stronger and stronger picture of human influence on the climate,” said the UK Met Office’s Dr Peter Stott, co-editor of the new research.

Stott added: “This report really is ground-breaking in the sense that we’re applying attribution science to recent extreme weather events. In the past you may have heard: ‘Well it isn’t possible to attribute an individual extreme weather event’, and the science really has moved on now.”

“The way that it’s moved on is the realisation that we can look at how the odds of events have changed … whether the likelihood of having an extreme weather event has increased or decreased.”

The devastating heatwave that blighted Texas in the US last year, destroying crop yields in another record “extreme weather event”, was about 20 times more likely to have happened due to climate change than due to natural variation.

“This is hot new science,” adds Philip Mote, director of the Climate Change Research Institute at Oregon State University, who led the Texas research. “It’s controversial. People are trying different methods of figuring out how much the odds may have shifted because of what we have put into the atmosphere.”

The head of NOAA’s climate office, Tom Karl, also adds: “What we’re seeing, not only in Texas but in other phenomena in other parts of the world, where we can’t explain these events by natural variability alone. They’re just too rare, too uncommon.”

While the warm weather in the UK last November was about 60 times more likely than due to natural variations, concluded the scientists.

As to the recent wet weather in the UK being caused by climate change, the Met Office has said it is due to “a particularly disturbed jet stream”.  That said, there is some evidence that the melting of sea ice may be affecting the position of the jet stream, although a definitive answer may be some years away.

And if climate change alters the jet stream, the UK could be in real trouble…