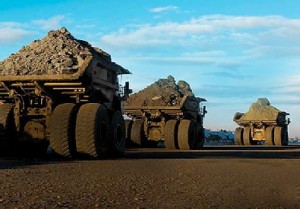 The Canadian press are reporting this as the two governments listening to their critics and restoring badly needed credibility.

The Ottawa Citizen reports this morning that it “is a positive step toward restoring Canadian credibility on the issue … It is important that Canada not only be seen to be taking environmental concerns seriously around the oilsands, but to actually be doing something.”

Some people seem pleased by this action.

For example, University of Alberta researcher David Schindler, who has drawn attention to the pollution problems for the tar sands is said to be “impressed”. “I think they’re sincere in their efforts to move management of this to an independent panel. That’s the battle that’s been won. “

But others suggest that, as is so often the case with the Albertans and Canadians and the tar sands, there could be just as much spin at play here as substance.

So its spin over substance again.

As de Souza reported “a collection of government documents released to Postmedia News over the past year through access to information legislation suggests that federal officials were particularly concerned about the industry’s image as a producer of “dirty oil.”

Make no mistake, anything that improves oversight of this dirty industry must be a good thing, especially if it is truly independent from the deep claws of the oil industry.

However, one internal Environment Canada document noted: “Implementing this new monitoring system is an urgent priority to head off threats to the industry, which needs credible scientific information on its environmental performance as soon as possible.”

One of the biggest threats to the tar sands industry, along with the  Keystone XL decision, has been the moves by Europe to give tar sands oil a different greenhouse gas value than conventional oil, under its proposed Fuel Quality Directive.

So Environment Minister Peter Kent said the monitoring programme would be “another benefit” in trying to persuade the Europeans not to target the dirty tar sands.

“Certainly, the more robust our facts and science (are) with regards to oilsands development will allow us to counter some of the more outrageous expressions of criticism, myths and financially damaging mischaracterizations of our development of the oilsands,” Kent said at a news conference. “Social licence comes in many forms and this will provide one of the elements of arguments in defence of the responsible development of oilsands.”

The monitoring program will take up to three years to be fully operational, by which time the Canadians will have hoped to have sold their dirty, polluting tar sands to Europe and the rest of the world as “responsible oil”.

The latest casualties in this push, along with the climate, rivers and indigenous peoples of Canada, seem to be its native wolf population.

The National Wildlife Federation released a paper yesterday, showing that the tar sands are contributing to the decline in caribou herds.

Rather than improve environmental practices to protect and restore caribou habitat, Canadian wildlife officials are poisoning wolves with strychnine-laced bait.

Over the past five years, the government of Alberta has spent more than $1 million poisoning wolves with strychnine and shooting them from the air. In all, more than 500 wolves have been destroyed.

All in the name of “responsible” oil development.