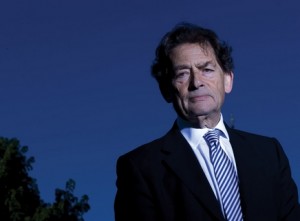 At the end of last week, the British government launched its long awaited consultation on its proposed regulations of lobbyists.

The commitment to introduce a statutory register of lobbyists was made in the Coalition agreement in May 2010 between the Conservatives and the Liberal Democrats.

Nearly two years ago, British Prime Minister, David Cameron warned that lobbying had got ‘out of control’.

Over the next three months, the British public has the chance to have their say on what kind of information should be included in the register.

Already the signs are not good. The draft consultation document published by the Government last week “have lobbyists’ fingerprints all over them”, according to Tamasin Cave from the Alliance and Lobbying Transparency.

Cave added: “The proposals lack both breadth and depth: they would reveal on only a tiny proportion of the industry, and then no meaningful information. The lobbying industry has triumphed here. This is what they want; a partial system of minimal disclosure.”

But there are many covert ways that people can lobby government that will not covered in even the most robust register of lobbyists.

One of these is through the funding of think tanks. Many leading think tanks in Britain, which have an undue influence on the public and political debate, do not disclose who funds them. There is now a growing momentum that if we are going to have political transparency in politics that think tanks need to disclose who is behind them. In a modern healthy democracy that would make perfect sense.

Take the case of leading climate sceptic, Lord Lawson and the Global Warming Policy Foundation. Since its inception Lawson, riding on the back of so-called controversies such as Climategate, has been “particularly successful ” at courting media attention, according to the Reuters Institute for the Study of Journalism.

Lawson has always argued for the utmost transparency from climate scientists, especially in relation to data and Freedom of Information requests, saying in the past: “Proper scientists, scientists of integrity, they reveal, and voluntarily they wish to reveal, all their data and all their methods; they do not need a Freedom of Information Act request to force it out of them.”
He has also said: “Integrity means you show everything, absolutely.”

Now however, Lawson may be forced to reveal the identity of at least one of his backers at an Information Rights Tribunal on Friday being brought by Brendan Montague, the director of an organisation called the Request Initiative, a “community interest company that makes Freedom of Information Act requests on behalf of charities, NGOs and non-profits”.

Montague is arguing that the public interest will be served by ending the secrecy around the financing of Lawson’s charity and the secretive backer who gave £50,000 in seed funding to the GWPF. So far all attempts by Montague have been rejected by the UK Information Commissioner who argues that the release of the donor’s identity would “bring significant media scrutiny of the donor’s private affairs”.

But it is a very deliberate and public act to donate £50,000 to a leading climate sceptic think tank, and in doing so to manipulate the debate on climate. Therefore the public should have a right to know.

“Lord Lawson’s thinktank, which has been bankrolled by shadowy funders, is lobbying government for a change in climate policy that would affect the lives of millions of people,” Montague tells today’s Guardian.

He adds: “The privacy of wealth has so far been valued above public accountability, even by our own civic institutions. The democratic principle of transparency is breached when a former chancellor can sit in the House of Lords influencing government policy on matters as important as climate change while accepting funding for his thinktank from secret supporters.”

Hansen tells the Guardian: “Our children and grandchildren will judge those who have misled the public, allowing fossil fuel emissions to continue almost unfettered, as guilty of crimes against humanity and nature.”

The public has a right to know who is “guilty of crime against humanity”. Mr Lawson, it is time to come clean on who funds you.