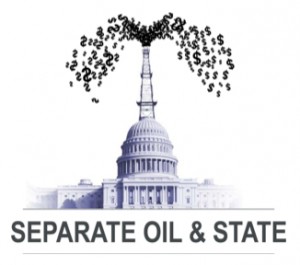 Yesterday, Republicans and a few Democrats defied a veto threat from President Obama and passed a bill extending a cut in Social Security payroll taxes which also would fast track a decision on the Keystone XL pipeline and give polluters a variety of other gifts.

Representative Edward J. Markey, Democrat of Massachusetts, said the Republicans were giving gifts to “their planet-polluting patrons, Big Oil and Big Coal,” and he asserted: “G.O.P. used to stand for Grand Old Party. Now it stands for Gang of Polluters. Now it stands for Gas and Oil Party.”

We decided to test Markey’s assertion that this vote was bought by looking at our Dirty Energy Money database.  Lo and behold, the total amount of fossil fuel funding going to those who voted yes was more than $41 million, while those who voted against the bill have received only about $8 million from oil, gas and coal interests. You can download a spreadsheet with details here.

In short, Representatives who voted for this bill have taken five times more from fossil fuel companies over their career than those who voted no.

Bill McKibben has more on this today in the LA Times.