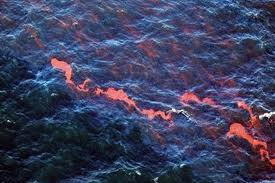 Stick the words Exxon and oil spill into the same sentence and of course people get vivid memories of the Exxon Valdez.

Exxon’s latest spill on the Yellowstone river is tiny compared to what happened in Alaska, but  still some 1,000 barrels – or 42,000 gallons of oil – have reportedly been spilt from the company’s latest misdemeanour in Montana.

At the moment no one knows why Exxon’s pipeline ruptured late last week on Friday night.

Yesterday Exxon said it had nearly 300 people involved in the cleanup on the Yellowstone  River and it had already received 36 claims from landowners who now have oil on their properties.

There are also reports of some landowners feeling sick from the fumes from the oil.

As the clean up continues, it has now emerged that the pipeline was shut down in May because of concerns over rising waters, and twice in the last year regulators have warned Exxon Mobil of several safety violations along the pipeline.

As is the way of the oil industry, Exxon immediately downplayed assertions from officials at both the state and federal level that damage from the spill was spread over dozens of miles.

Last night the company had to concede that the scope of its oil pipeline leak into the River could extend far beyond a 10-mile stretch of the famous River.

Montana Governor Brian Schweitzer, plans to tour the damaged areas today so we will get more of an independent assessment.
Exxon Mobil Pipeline Co President Gary Pruessing has pledged to do “whatever is necessary” to find and mop up oil.

But we have heard hollow pledges like that before from the oil industry.

For the moment the cleanup is being hampered by high water levels.

“The situation is very challenging,” added Pruessing. “Because the river is outside its banks, it’s flowing into areas that don’t normally flood. Yesterday, we saw the tops of fence posts in the river, and we just can’t wade into there and start working.”

Makes you wonder why the pipeline was built in such a fragile environment in the first place.