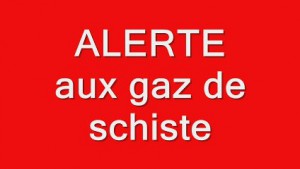 Just last week, a study by the European Centre for Energy and Resource Security concluded that unconventional gas resources in Europe – such as shale gas – could radically reshape the continent’s oil and gas outlook, and reduce its dependency on Russia and the Middle East.

The report said that, in theory “Europe’s unconventional gas resources might be able to cover European gas demand for at least another 60 years.”

But whereas the extraction of shale gas may be booming in the US, and it may be taking off elsewhere in Europe, France’s parliament looks set to ban the controversial technique, known as “fracking”.

Those protesting included Danielle Mitterrand, the widow of France’s Socialist former president, François Mitterrand. “We have to totally eradicate the use of shale gas,” said Mrs Mitterrand, president of lobby group France-Libertés. “We have to leave this substrata, our earth, alone and not destroy it. ”

Another protestor was Liliane Devillers, president of Collectif Carmen, which represents 16 “mostly apolitical” environmental associations from the Picardie region northeast of Paris.

“For now, we oppose all drilling,” she said. “No one has shown us that it can be done safely, and all the information we have suggests there is a big risk for the groundwater from toxic chemicals.”

There has been growing outrage in France that permits had been granted without any kind of public consultation.  The anger has been flamed by numerous stories from the US of contaminated and polluted water caused by the highly controversial technique.

France – which is highly dependent on nuclear energy – has always looked in envy at Britain’s lucrative North Sea reserves. And although the basin to the east of the Paris is estimated to hold some 100bn barrels of oil alone, this has always been seen as too difficult to extract due to the complicated geology.

But with only a year to go before Presidential elections, the French government looks set to backtrack over fracking.

Even President Sarkosy’s own ministers have now come out publicly against the practicve.

“I’m against hydraulic fracturing. We have seen the results in the U.S.,” French Environment Minister Nathalie Kosciusko-Morizet said yesterday on RMC radio. “There are risks for the water tables and these are risks we don’t want to take.”

She added that the permits given last year “should never have been granted. An environmental evaluation should have been done before giving out the permits and not after.”

According to the Financial Times, the bill currently before parliament would revoke any licence for a company planning to use fracking. Companies such as Total, GDF-Suez and US explorer Toreador could all lose out.

“Our position hasn’t changed,” Total said in a statement. “We think it would be wrong for the country to close the dossier on shale gas without even knowing if there is any.”

Others would argue that it is wrong to proceed with a technology where people do know there are serious environmental concerns.