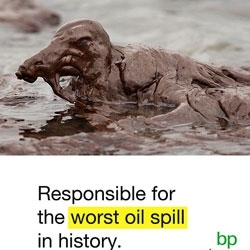 This Wednesday is going to be a painful day for many.

The first Anniversary of the Deepwater Horizon will be a deeply painful day for many of the workers who were on the fateful rig, and the families of the deceased.

We must remember that eleven people died that day. At least 40 workers were also injured, and a number have not worked since, with others refusing to go back to sea.

One, Gregory Meche, a 33-year old Iraq veteran, who survived a close call in Iraq is refusing to go back: “I didn’t sign up in my civilian life to have a rig blow up in my face”.

It will be a painful day for the countless communities who continue to be affected by the tragedy.  Thousands of people are still trying to rebuild their lives and receive compensation.

The Gulf Coast Compensation Fund has paid out only $3.6 billion out of a possible $20 billion. Many people cannot get the compensation, they believe they are rightly owed.

After the first anniversary tomorrow, there is a real danger the issue slowly slips down the news and out of sight.

But we need to know what the long-term ecological and health impacts of this spill are.

That is why it is deeply worrying that new evidence has emerged that exposes how BP tried to control research into the impact of the spill.

Documents obtained under the Freedom of Information Act show BP officials discussing how to influence the work of scientists:

The documents show how:

•    BP tried to take control of a $500m fund pledged by the oil company for independent research;

•    BP officials tried to influence the work of scientists supported by the fund;

For example, Russell Putt, a BP environmental expert, wrote in an email to colleagues on 24 June 2010: “Can we ‘direct’ GRI [Gulf of Mexico Research Initiative] funding to a specific study (as we now see the governor’s offices trying to do)? What influence do we have over the vessels/equipment driving the studies vs the questions?”

•    BP tried to steer the research to suit its interests.

Another email, written by Karen Ragoonanan-Jalim, a BP environmental officer, contains minutes of a meeting where officials discussed what kind of studies might best serve the oil company’s interests.

Under agenda item two, she wrote: “Discussions around GRI and whether or not BP can influence this long-term research programme ($500m) to undertake the studies we believe will be useful in terms of understanding the fate and effects of the oil on the environment, eg can we steer the research in support of restoration ecology?”

The email went on: “How do we determine what biological/ecological studies we (BP) will need to do in order to satisfy specific requirements (legislative/litigation, informing the response and remediation/restoration strategies).”

Kert Davies, the Greenpeace US research director, told the Guardian newspaper that BP had crossed a line. “It’s outrageous to see these BP executives discussing how they might manipulate the science programme,” Davies said. “Their motivation last summer is abundantly clear. They wanted control of the science.”

If BP controls the science, they can control what we all understand to be true of the impacts of the spill.

This has happened before with the Exxon Valdez spill when Exxon funded research purported to show that the spill’s impacts were not that bad, whereas all independent studies showed the spill to be having a devastating effect.

The disparity led the head of the Exxon Valdez oil Spill Trustee Council to ask the question “What good is science if the answer depends on where you get your money”.

Someone should ask BP the same question..