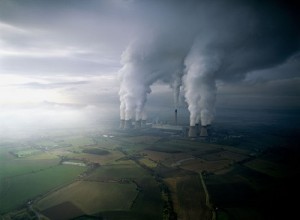 If we are going to carry on burning fossil fuels, then either the climate will slowly fry, or we have to find a way to stop carbon dioxide frying the climate.

One way is to bury it. One of the most controversial techniques is Carbon, Capture and Storage, where the CO2 will be captured and stored underground.

The idea looks potentially great on paper, but in practice, has more holes than a Swiss cheese.

There are massive issues of liability, safety and cost. And there is the slight niggling worry that it won’t actually work at all. The practice has worked at demonstration level, but never at commercial level.  You could spend a whole huge amount of cash only to find your system leaks or is dangerous or just needs and endless drip, drip of cash.

While we do know that the technology will be extremely expensive, we don’t yet know who will pick up the tab. The large fossil fuel companies who probably have the most to gain from the technology, don’t want to, even though they often make grotesque profits. Equally the electricity generators, whose own profits are often excessive, don’t want to pay either.

Governments only really want to pay if they can offload the bill to the consumer. And here in lies the rub.

Britain wants to become a world leader in CCS. Trouble is it does not want to pay for it. Well not right now.

So that’s nearly £10 billion for a technology that may not work.

Fast forward a year and a new government. In last autumn’s spending review the new Conservative-led government announced it had set aside £1bn for at least one CCS pilot scheme. A slightly watered-down ambition.

Fast forward another six months and British finances in such a tight squeeze that the government is implementing a radical austerity package that will see one of the largest public demonstrations this Saturday in London as tens of thousands march against the government cuts.

It also means that the Government, having squeezed most tax-payers excessively already, cannot squeeze them anyone.

So, today is Budget day. And according to well-placed government sources who have been speaking to the Financial Times, British “consumers will no longer face the prospect of a new levy on their bills to raise billions of pounds for CCS projects.”

According to industry and government sources speaking to the Financial Times, “the levy idea has been superceded by the electricity market review at the end of last year which will impose a new “carbon floor price” to subsidise all forms of renewable energy – including nuclear power, controversially.”

“It would be barmy for them to introduce a new levy and to layer on top of that another levy for CCS,” said one source familiar with the discussions.

But some would think it would be barmy to spend so much on an untried technology anyway.

And as for considering nuclear power as some kind of sustainable, renewable resource. Well the people of Japan might have a say about that one too.