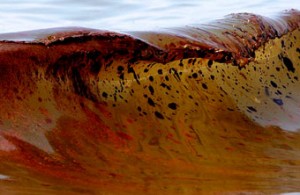 One of the most unreported legacies of the Exxon Valdez oil spill was the devastating long-term health impact of many of the clean-up workers and communities.

Thousands of people suffered short-term and long-term effects from the spill. An unknown number have died.

It was in part this lethal legacy that was a shadow of fear across the communities that bore the brunt of the BP Deepwater disaster.

Now a comprehensive health survey has revealed just how many people may have suffered adverse health impacts due to the BP spill.

The survey has been billed as “the largest known face-to-face survey of communities impacted by the oil spill”.

This survey began 11 days after the Deepwater Horizon well was capped and it included interviews of some 954 people.

It was conducted by a local environmental group – the Louisiana Bucket Brigade (LABB) –  in partnership with Tulane University’s disaster leadership academy.

Nearly half of the residents (48 per cent) surveyed in impacted communities in Louisiana’s coastal parishes reported an unusual increase in health symptoms – coughing, skin and eye irritation, headaches – consistent with chemical exposure.

Of these symptoms, coughing and sinus irritation were the most common, followed by headaches and eye irritation.

Also consistent with excessive hydrocarbon exposure was the sudden onset of these symptoms.

Almost three quarters of respondents who believed they were exposed to crude oil or dispersant also reported experiencing some kind of symptom.

As people became sick, there were few treatment options available to them, as there were few known medical providers in the region trained to diagnose and treat chemical exposure.

The way the spill impacted the health of the communities also had a crippling economic impact. Of those surveyed, 44% said that the livelihood of the primary provider in the home had been impacted.

Moreover, nearly a quarter reported needing but not receiving economic assistance due to lost income.

The survey is likely to be an underestimate of the number of people who were directly impacted. It likely excludes many oil spill clean-up workers because the survey was conducted when clean-up crews were working.

Additionally, some of the people contacted were unwilling to be surveyed for fear that BP would fire them or their family members.

Meanwhile we will have to wait to see if oil-spill workers got sick. A National Institute of Environmental Health Sciences study of the oil spill impact is expected to interview in excess of 55,000 oil spill workers.

You can read the survey here.