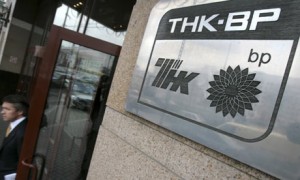 As BP reported a $5bn loss after Gulf oil spill, confusion reigns this morning whether the company will be able to pay its dividend in full.

The company has publicly announced that it will pay a dividend for the first time since the Deepwater disaster.

But Bob Dudley’s hopes of winning round the investment community are “clouded” this morning by news that BP’s Russian partners in TNK-BP declaring that they would block last year’s final dividend from the joint venture.

The Russian partners, represented by Alfa-Access-Renova, (AAR) have confirmed they had decided to block the payment of TNK-BP’s fourth-quarter dividend of $1.8bn as part of a dispute over BP’s recently announced deal with Rosneft, Russia’s state oil group.

AAR argues that the Rosneft deal breaches the TNK-BP shareholder agreement, and it is seeking an injunction in the High Court in London.

A hearing is scheduled to take place today.

One of the key Russian oligarchs is German Khan, the founder of the Alpha Group, who is a director of TNK-BP.

Wikileaks documents reveal what kind of man BP is dealing with. Khan told BP executives that The Godfather films were his “manual for life”.

According to the TNK-BP chief operating officer, Tim Summers, Khan told him “that The Godfather was his favourite movie, that he watched it every few months, and that he considered it a ‘manual for life’.”

The Wikileaks documents outline how Summers had been with Khan on a hunting trip to his remote lodge, “like a Four Seasons hotel in the middle of nowhere”.

Although married with three children, Khan travelled to the hunting lodge with seven glamorous women.

Khan came “to dinner armed with a chrome-plated pistol”.

After the hunting trip, Mr Summers bought “a copy of The Godfather and said he watched it on a regular basis himself so as to better understand Khan and anticipate his [Mr Khan’s] tactics”.

Other documents reveal that Khan became angry with current CEO Bob Dudley, who is a former chief executive of TNK-BP, after Dudley blocked Khan from investing in rogue states such as Burma and Cuba.

The note said: the Alfa partners and in particular German Khan had been using the company’s resources to vest projects in places BP couldn’t invest, such as Kurdistan, Cuba, Burma and the like. When the TNK-BP board rejected these proposals, Khan would then slide them to a separate company that Alfa controlled, an arrangement that suited Khan and his Alfa partners fine.”

It continued: “The real issue remained control of the company, with which the Russian partners would be able to either maximize their profits at BP’s expense by, for instance, directing procurement to other companies that they owned at artificial prices or ensure that they received top dollar for their shares if forced to sell.”

In 2008, Mr Summers said that the then BP chief executive, Tony Hayward, negotiated a “ceasefire” with the oligarchs.

The Wikileaks document notes that Summers “likened it to an Israeli-Palestinian cease-fire in which Khan would play the role of Hamas, ready with some provocation or incident that would restart hostilities.”

Another BP executive contended that Khan might be “certifiably deranged”.

Welcome to the world of Big Oil.