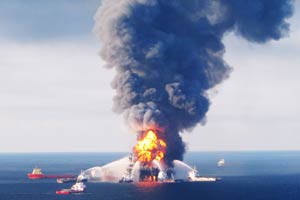 Slowly but surely BP is trying to rebuild its battered image and rebuild the way it does business.

Part of that process is rebuilding its internal processes and values and the way it rewards success.

In an innovative move, the company has announced that performance to be judged solely on improving safety in the fourth quarter.

BP’s new chief executive, Bob Dudley, announced the step in an email to employees yesterday that was leaked to The Wall Street Journal.

In the memo, Dudley said that the sole criterion for judging performance in the fourth quarter would be “each business’s progress in reducing operational risks and achieving excellent safety and compliance standards.”

The objective of this, argued Dudley, was to ensure that a low-probability, high-impact incident such as the Deepwater Horizon tragedy never happens again.

The key to achieving that goal, he said, is “the rigorous identification and management of every risk we face.”

But this is where it gets interesting. On the one hand you could argue that no one would argue against putting safety first, especially at BP, especially after the Deepwater Horizon.

But then the fundamental rules of the market often do not make sense.

But Reda said the move “could spook shareholders who are also concerned about BP’s profits and operational efficiency”.

And that’s the madness of the market conditions that BP finds itself in. BP’s shareholders have seen tens of billions wiped off the value of their investments, yet they still care more about profit and “operational efficiency” than safety.

You would have thought that safe operations would lead to efficient ones and hence profits too.

But maybe that’s too logical.

The move is also likely to be “greeted sceptically” because of BP’s past safety lapses and the fierce attacks the company sustained after the Gulf disaster, argues the paper.

And ironically all Bob Dudley is saying that he will do is what his predecessor Tony Hayward had said he had already done, which is improve safety.

And we know how badly Hayward failed.