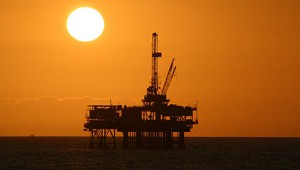 It was always a matter of time before the Obama Administration buckled under the intense pressure of the oil industry and Gulf States and let drilling resume in the Gulf.

Weeks earlier than expected, the administration lifted the moratorium on deep-water drilling, that was put in place in the aftermath of the Deepwater disaster.

“We are open for business,” said Interior Secretary Ken Salazar.

He added “We have made, and continue to make, significant progress in reducing the risks associated with deep-water drilling.”

But his announcement was met by amazement by environmental groups.  “Today’s actions are premature,” said Peter Lehner, executive director of the Natural Resources Defense Council. “To ensure a disaster like this never happens again, we must know what caused it in the first place. We’re still waiting for that answer.”

Jacqueline Savitz of Oceana said “This is an incredibly disconcerting and unjustified move, that could open the door for the next great oil disaster an advocacy group.  Oil spills are common. The question is not whether there will be another spill but when.”

“Drilling off the coast of Alaska and in the Gulf of Mexico is just as unsafe as it was before,” added Kieran Suckling, executive director of the Center for Biological Diversity. “Every offshore oil rig is a ticking time bomb waiting to go off” and that “more than anything, the lifting of the moratorium is a display of the oil industry’s power over the White House.”

Jack Gerard, the president of the industry’s attack dog outfit, the American Petroleum Institute, said the administration had taken “a step in the right direction” but moaned that “lifting the moratorium will only be symbolic unless the department moves expeditiously to issue permits.”

Unless this happened the drilling ban would continued to “cripple” the region, argued Gerard. Well Jack is never happy is he? Even if he was allowed to drill the White House lawn, he would still find something to moan about.

It will be a few weeks for the permits to be drawn up – maybe taking us to Xmas – but it is the lifting of the ban that is a milestone in the administration’s effort to return to normal in the Gulf, especially given the November mid-term elections that are just around the corner, where the Democrats are facing a bruising rout.

Meanwhile the Deepwater fall-out continues to make ripples within the industry and across continents. Peter Voser, the chief executive of Shell, has strongly criticised BP’s well design and internal inquiry into the causes of the Deepwater disaster.

“From what I know today, Shell clearly would have drilled this well in a different way and would have had more options to prevent the accident,” Mr Voser said at an Oil & Money summit in London.

Meanwhile the good old “dirty man of Europe” Britain is opposing plans being considered by the European Commission for strict new controls for offshore oil drilling.

The Commission is set to reveal plans for tougher controls on offshore drilling tomorrow, which would extend liability for oil companies in the event of a disaster.

Britain is opposed to the measures.  As over half the offshore rigs in the EU are in British waters this is no surprise really.

And Britain will get its way. A commission official told the Guardian: “We have no legal competence to tell the UK or anyone else what to do. We can just ask kindly.”