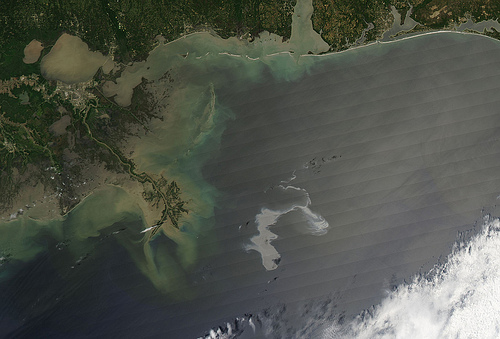 BP is quite happily chewing through the alphabet of options, with the latest being what is called a “static kill,” in which heavy mud would be pumped into the recently capped well, to try and finally block the oil.

So we have had containment domes and “top kills” but now we have a “static kill” also known within the industry as “bull-heading.”

It is a procedure that will hopefully force the oil and gas back down into the reservoir and finally stop the leak.

BP is said to be considering it as a serious option to stop any residual leaking occurring around the wellhead. This morning there are differing reports as to if that leaking is happening, where it is and whether it has anything to do with the well.

Some reports say the cap is leaking from the top.

Others that it is leaking but not so badly that Government officials are worried about it. “The small seepages, at least at this point, do not indicate that there is any threat to the well bore,” Coast Guard Admiral Thad Allen, the National Incident Commander has said.

Others that there may be more reason to be concerned.

If everything was fine, you might think that BP would not be looking at other options. So the fact that it is might be an indication that everything is not OK – although that is only supposition.

“The static kill does give us a new option,” said Kent Wells from BP. A decision to proceed could be made in several days,  according to Wells.

The “Static Kill” could permanently cap the well, meaning the relief wells could be redundant or still used to finally plug the well.

The consensus is that a “static kill” would be more likely to succeed than the failed top kill, as the later failed as engineers could not pump it fast enough or long enough to counter the flow of oil. However with the static kill the cap on top is keeping the well sealed.

However what is still unclear is how this would affect the cap’s stability.

Meanwhile, the fact that BP is only being given 24 hour extensions to keeping the cap in place is a reflection that people are concerned about leaking and pressure build-up.

Bill Gale, a California engineer and industrial explosion expert who is a member of the Deepwater Horizon Study Group, has said that BP probably wants the cap to remain in place “since it eliminates the PR problem of oil billowing through the water on the ROV cameras, and stops oil that eventually will be tallied as the basis for fines.”

This is why the government still prefers BP to focus on the relief wells as a permanent solution. But then there is no certainty they will work either.

They should do, but it may take more than one attempt to get it right, if previous disasters are anything to go by.

Where are we in the alphabet of options…