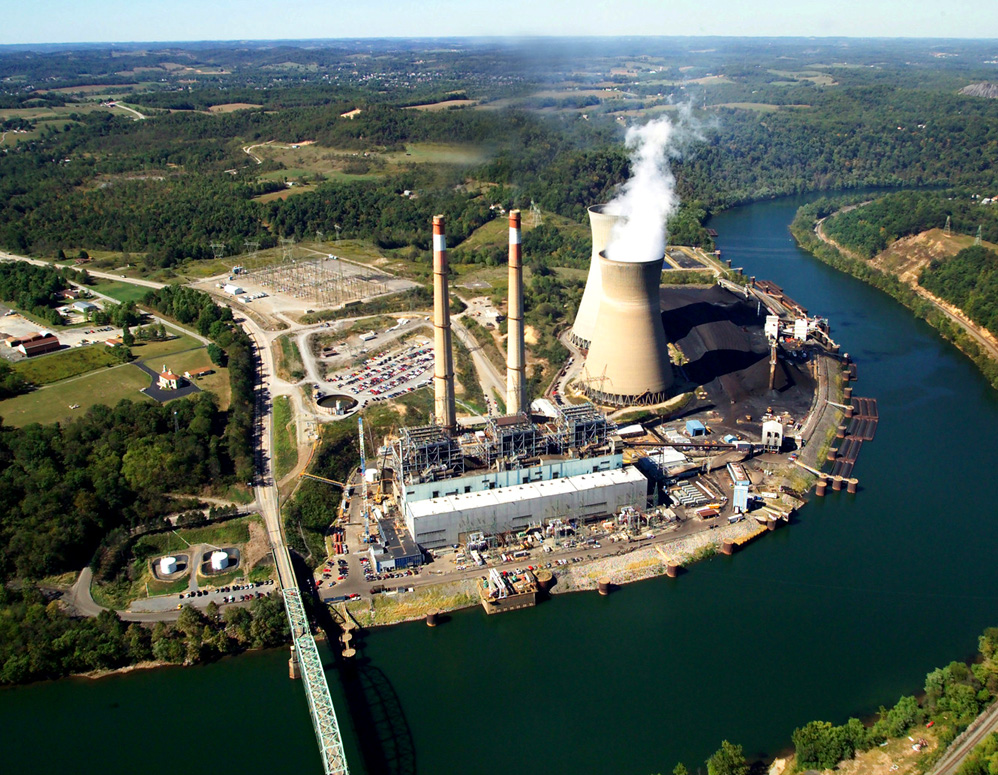 In these days of climate change it is all too easy to forget about the other pollution that belches from the chimney stacks of our power stations or pours from its pipes into our rivers.

So good on the New York Times for running a series called “Toxic Waters” that looks at the worsening pollution of America’s rivers and the rather pathetic and inadequate response from the regulators to the problem.

The Times highlights the perverse case of the coal fired power plant in Masontown, Pennsylvania called Hatfield’s Ferry. After being sued by five states over its thick yellow air pollution, the plant’s owners, Allegheny Energy decided to install scrubbers to clean the plant’s air emissions.

The scrubber technology sprays water and chemicals through the plant’s chimneys, trapping more than 150,000 tons of pollutants each year.

When they were installed, local residents were overjoyed, but their joy was short-lived when they realised that the scrubbers do not make the pollution disappear, they just move it from the air to the water.

“That was the victory, but most recently we learned that our victory was about to turn into a major defeat for our water,” argues Lisa Graves Marcucci, from the Environmental Integrity Project.

The company now dumps tens of thousands of gallons of wastewater containing chemicals from the scrubbing process into the nearby Monongahela River, which provides drinking water to 350,000 people and flows into Pittsburgh.

To local residents and politicians this is completely nonsensical. “It’s like they decided to spare us having to breathe in these poisons, but now we have to drink them instead,” says Philip Coleman, who lives about 15 miles from the plant. “We can’t escape.”

“We know that coal waste is so dangerous that we don’t want it in the air, and that’s why we’ve told power plants they have to install scrubbers,” adds Senator Barbara Boxer, the California Democrat who is chairwoman of the Senate Committee on Environment and Public Works. “So why are they dumping the same waste into people’s water?”

Of course, and we should point out that officials at the power plant say it does not pose any health or environmental risks. Hatfield Ferry told the paper that they have installed a $25 million water treatment plant that removes many of the toxic particles and solids from scrubber wastewater.

But no one knows the true scale of the pollution because no federal regulations specifically govern the disposal of power plant discharges into waterways or landfills.

There are no limits on water discharges of arsenic, aluminum, boron, chromium, manganese, nickel or other chemicals that have been linked to health risks, all of which have been detected in the plant’s wastewater samples, according to the paper.

Though the Environmental Protection Agency promised earlier this decade to consider new regulations on power plant this has not yet happened.

Nor is Hatfield Ferry alone.

Records indicate that power plant landfills and other disposal practices have polluted groundwater in more than a dozen states. A 2007 report published by the E.P.A. suggested that people living near some power plant landfills faced a cancer risk 2,000 times higher than federal health standards.

According to an investigation by the Times, 21 power plants in 10 states, including Alabama, Kentucky, North Carolina and Ohio, have dumped arsenic into rivers or other waters at concentrations as much as 18 times the federal drinking water standard.

Few of those plants have ever been sanctioned for those emissions.

But as Earth Justice points out, in this day and age:

“Cleaning up air pollution should not come at the cost of polluted water.”

It’s a no brainer really.