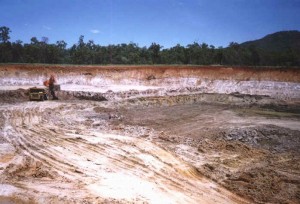 There might be a “mine it flat” mentality in Alberta concerning tar sands, but one provincial government has just adopted a different approach to unconventional oil resources.

The only problem is that it is thousands of miles away in Australia.

Australia’s Queensland state has banned shale-oil mining for 20 years, blocking a plan for a strip-mine that was only 10 kilometers from the world heritage-listed Great Barrier Reef.

The Queensland State Premier Anna Bligh yesterday said she blocked plans by Queensland Energy Resources Pty to dig up about 400,000 metric tons of rock for testing.

“Our environment must come first” said Bligh. “That’s why we are putting a 20-year moratorium on all mining activities. Bligh said the government would devote the next two years to researching whether shale oil deposits can be developed in “an environmentally acceptable way.”

In the meantime no new shale oil mines will be permitted anywhere in the state. You can image that the oil / mining lobby was pretty pissed off by the decision. The head of the Queensland Resources Council said the government had become “hostage to the guerrilla tactics of fringe groups like Greenpeace.”

Empowered by their victory, Greenpeace is now going after the coal industry…