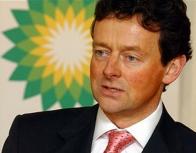 Tony Hayward, BP’s chief executive, yesterday gave the market a strong signal that he wants to realise value from the company’s loss-making investments in renewables.

BP has invested billions of dollars in solar energy over the past decade but the business still does not deliver a profit.

In a strong hint that the company was feeling the pressure to generate a financial return from billions of dollars of investment in renewables, he said: “We intend to grow this business predominantly for its equity value.”

Analysts said that BP was under pressure to retain its loss-making renewables business for political reasons as it was a “calling card” for the company when talking to governments about environmental issues.

So its great to know that basically BP keeps its under-resourced Alternative Energy Unit as a “calling card” to greenwash its operations at the same time as moving into dirty tar sands in Canada.