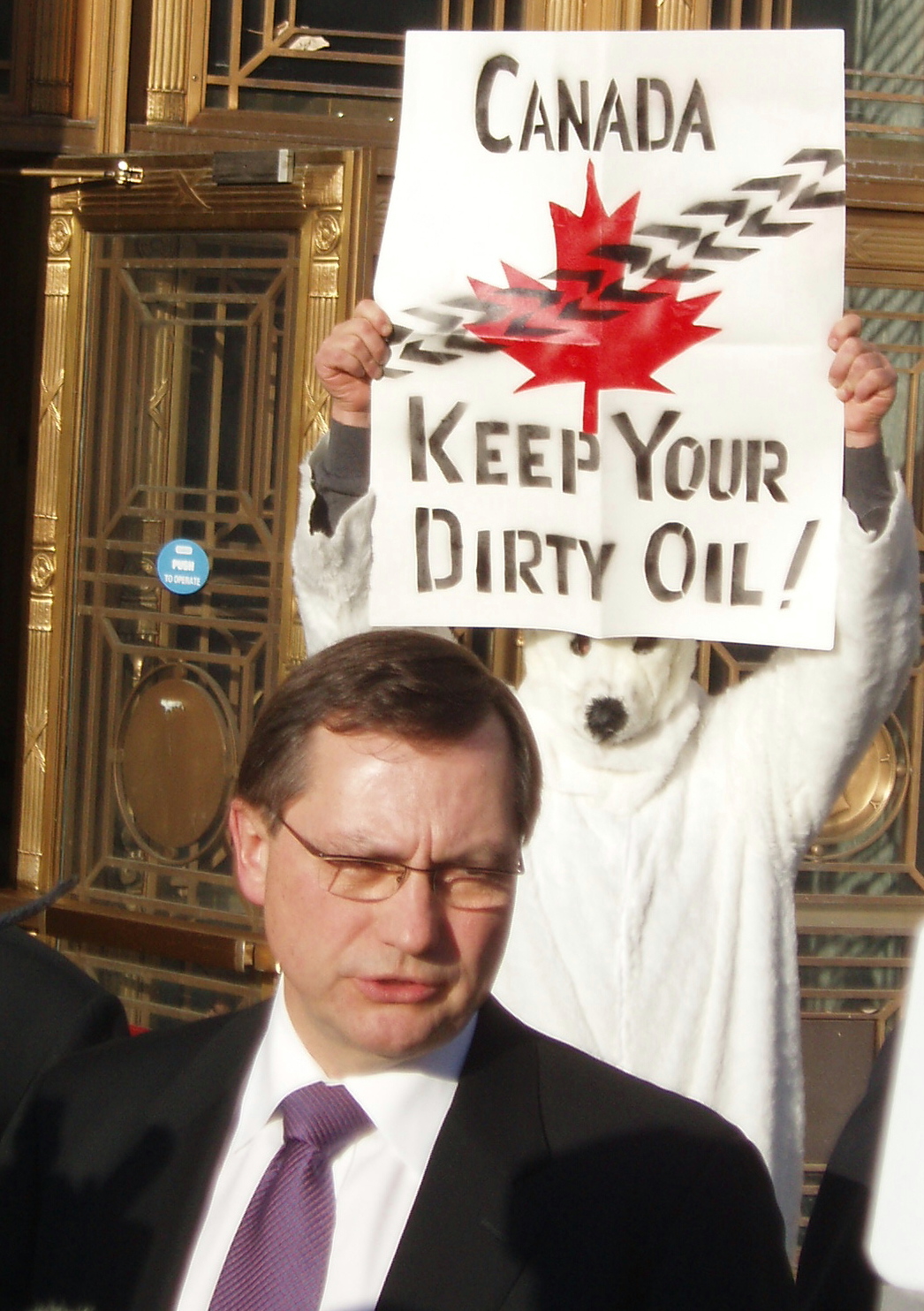 Pat the Polar Bear joined the Oil Change International team to greet Alberta’s Premier Ed Stelmach during his tar sands promotional trip to Washington, D.C. Even as Canadians rank climate as one of their highest concerns, the country is moving aggressively to develop this highly carbon-intensive and dirty source of oil.

“The amazing thing about Stelmach’s visit is how completely out of step he showed himself to be with the increasing concern of North Americans on both sides of the border regarding climate change” said Steve Kretzmann, the Executive Director of Oil Change. “His arguments sound like those of the oil industry in the US – five years ago.”

As the Alberta Premier dodged protesters yesterday, he came up with the incredulous line that US business leaders should not to buy into the “myth” that oil sands production comes at too high an environmental cost.

“There are ongoing attempts in some quarters of this country to slow down or even stop oil sands development. Those attempts don’t reflect reality and they don’t make sense,” said Stelmach.

But Stelmach’s problem is that he is the one not making any sense.

More silly remarks from Stelmach: “The bottom line is, in Alberta, we do not proceed with development at the expense of the environment…We don’t need to be cajoled into acting in an environmentally responsible manner because we’re otherwise unwilling or unable to do so.”

Stelmach also said climate-change initiatives, such as California’s low carbon fuel standard will penalize energy imports from Alberta. “That doesn’t serve either of our countries’ energy interests or environmental interests.”

Don’t believe a word of it. Oil Change has started up a new campaign targeting tar sands and particularly new US tar sands infrastructure. Watch this space for more updates. In the meantime, we’ll continue to “bear” witness.